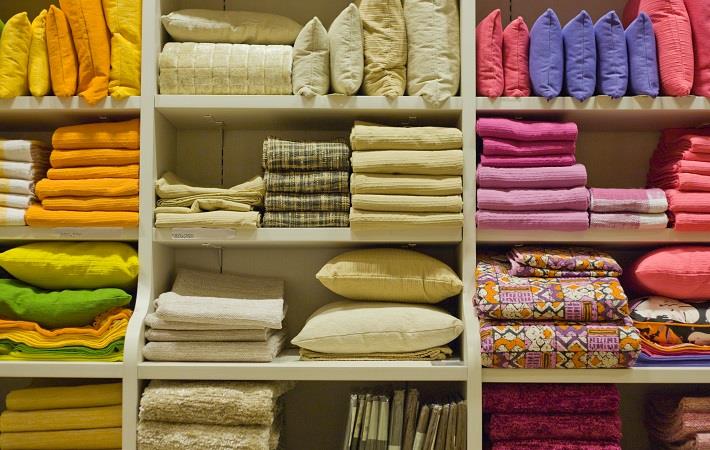 Pic: Shutterstock
In the wake of Government of India's decision to withdraw Merchandise Exports from India Scheme (MEIS) with retrospective effect from March 7, 2019 on garments and made-ups, exporters are requesting the government to make the decision applicable prospectively. The government has retrospectively withdrawn MEIS on HS code chapters 61, 62 and 63.

"The decision (to withdraw MEIS retrospectively) is very disturbing because we had taken the incentive into account in our cost and pricing of our offerings in exports. And we had already exported the goods. We have already booked orders by accounting 4 per cent in our costing as the scheme was supposed to continue till March 31, 2020. But now this sudden withdrawal is not understandable because normally the government always makes prospective modification if it wants to withdraw something and gives the trade a chance to survive," KK Lalpuria, executive director and CEO, Indo Count Industries, told Fibre2Fashion.

"Also, benefit under the scheme to refund state and central taxes and levies (RoSCTL) declared from March 7, 2019 has not been disbursed so far. So, there is a cashflow issue as well. In addition, we have paid income tax on this whole benefit. Further, we always work 6-8 months in advance for hedging our raw material and there are larger lead times for replenishment orders. So, we have to service the customers well and invest in R&D. So, the government should consider our humble request to make it prospective," Lalpuria added.

The retrospective withdrawal of MEIS has come at a time when Indian home textile exporters are already facing tough situation in Europe and UK markets, whereas Pakistan and Bangladesh have duty advantage.

Explaining the predicament, Kewal Impex CEO Maulik Modi said, "MEIS was already there in the system. The government introduced RoSCTL with effect from March 7, 2019. At that time, it never said that MEIS will be removed and RoSCTL will be continued. Things were going smoothly and all of sudden, in August, the government said that after July 31 MEIS would not be given for HS code chapters 61, 62 and 63. Now, it is announced that the MEIS benefit which was utilised from March 7 till July 31, will also be taken back. Moreover, RoSCTL which was supposed to come at 8.2 per cent from March 7 has not been credited yet. Being in the industry for the last 25 years, I see there is a big scope for exports, but without incentives our industry cannot work. We are not in a position to quote the price right now."

Speaking in the same vein, BKS Textiles managing director Senthil Kumar said, "There was no clarity since the release of the circular on March 7, 2019. So, all the apparel and home textile exporters were under the impression that they will be getting the interest under RoSCTL plus MEIS. Based on this assumption we started booking orders. We export to Europe where for Indian made items there is an import duty of 9.6 per cent whereas for Pakistan and Bangladesh there is no import duty. Because of the incentives announced under ROSCTL and MEIS which put together amounts to more than 10 per cent, we were competitive and got good business.  But we never anticipated that the ministry would withdraw the MEIS and 1 per cent adjustments. Exporters will lose money due to this retrospective withdrawal because the margin is very thin. If you look at our net profit it is 2-3 per cent. In such a situation withdrawal of 4 per cent MEIS retrospectively will have big impact on the profitability, since we have commitment for the next 4-5 months."

The government's decision has made the industry unhappy because it has come at a time when exports are already on the downside due to the current economic situation and uncertainity around the world. "There will be lot of problems for the industry, firstly, because RoSCTL has not been paid so far, and secondly, the 4 per cent MEIS—which the government has stopped paying since August 1, 2019, and it will recover the amount paid from March 7, 2019 onwards. So, there will be a loss of 4 per cent to the industry, because all the exporters have considered it in their costing, and they have already exported the goods. The retrospective effect means that exporters have to pay the MEIS from their own profits, which at present is at a very negligible margin. So, after taking back the 4 per cent incentive, it will lead to either break-even or even loss for exporters. It would have been better, if the government had made the decision effective prospectively, Century Textiles president RK Dalmia told Fibre2Fashion.

Value addition is much higher in made-ups and apparel sector, which results in employment generation on a large-scale. The retrospective withdrawal of MEIS takes away 4 per cent benefit from the value chain for a considerable period of 9-10 months, that too in an industry where margins are already thin. "If the government says that the benefit will stop prospectively, we will take up with the customers that we are not able to pass on the benefits which have been withdrawn but still have we will have loss of 3-6 months even if they were withdrawn prospectively as the orders have already been taken," according to Amit Gupta of Trident Group.

"Industry is going through a tough time and the government needs to support us. We are one of the largest employment generators in the textile manufacturing value chain. We are also contributing a lot to the foreign exchanges. So, if these benefits are withdrawn it will impact directly and several companies may not be able to sustain," feels Gupta.

The retrospective withdrawal of MEIS, along with non-distribution of benefits under RoSCTL has increased problems of home textiles exporters, who are already facing a stiff competition from countries like Bangladesh, Pakistan and Vietnam. Even if the benefit is withdrawn prospectively, exporters who have already booked orders for the coming months would face loss for the said orders. Hence, they are hoping that the government would review the announcement in the interest of the industry.