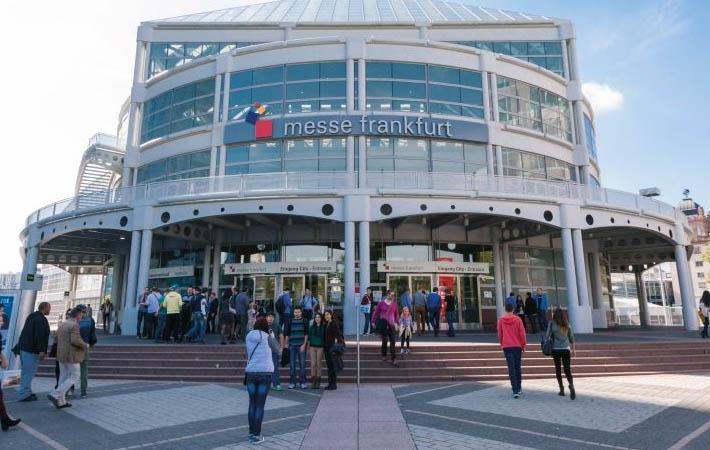 Courtesy: Messe Frankfurt
Messe Frankfurt, which has become a market leader in the international trade fair sector, has completed 70 years. It organised the Export Fair in Frankfurt in October 1948 - the first after the Second World War –stimulating German foreign trade and reconstruction of the exhibition grounds. In 1948, the company had two managing directors and 35 employees.

Some 2,000 exhibitors from 32 industrial sectors from Germany and Europe presented an international range that included all kinds of goods at the Autumn Fair in 1948. One exhibitor at the very first event that is still a fixture at consumer goods fairs today is Koziol, a German company that produces award winning, high-quality design objects for kitchens, bathrooms and living rooms. Stephan Koziol, CEO of the family company, says: “Our company has made very successful use of the international consumer goods fair in Frankfurt, from the very first event in 1948 right up to the present day. The trade fair is indispensable, particularly when it comes to securing new international customer contacts and cultivating existing ones.”
Messe Frankfurt, which has become a market leader in the international trade fair sector, has completed 70 years. It organised the Export Fair in Frankfurt in October 1948 - the first after the Second World War –stimulating German foreign trade and reconstruction of the exhibition grounds. In 1948, the company had two managing directors and 35 employees.#

In summer 1945, plans for rapidly rebuilding the exhibition grounds and introducing new trade fairs and exhibitions were already being discussed in Frankfurt, pushed ahead by mayor Walter Kolb. On December 4, 1946, Kolb took over as chairman of the company’s Supervisory Board. The concrete plan for an Autumn Fair had already been finalised. Following a Supervisory Board resolution, the first post-war Frankfurt trade fair was scheduled for autumn 1948. The interim time was used to rebuild the exhibition grounds, 95 per cent of which had been destroyed during the war.

Working closely with the city and its people, 12,000 beds were viewed and inspected in private accommodations and new employees taken on. In 1948, the trade fair company had two managing directors and 35 employees.

As a result of the rapid economic growth and the importance of trade fairs as a reliable means of stimulating business, the increasing diversity of the products on offer created a trend towards greater specialisation of trade fairs. As Wolfgang Marzin, president and chief executive officer of Messe Frankfurt, sums up: “The ‘Frankfurt principle’ that had been established in the 1920s – whereby individual events were organised based on product groups – was developed systematically further. Product areas were able to support themselves and associations sought out independent platforms. Deliberately separating and focusing on strong industry sector themes brought new and independent trade fairs onto the market.”

Marzin adds: “With courage and foresight and with the support of our shareholders, Messe Frankfurt was – in the wake of 1980s globalisation – the first trade fair company to resolutely expand its internationalisation and globalisation strategy.” In 1987, Messe Frankfurt organised its first ever foreign trade fair: Interstoff Asia in Hong Kong. This early move into global growth markets paved the way for a development to which the company owes its leading international position.

Today, Messe Frankfurt is the world’s highest-grossing trade fair company with its own exhibition grounds. With its high sector knowhow, the company covers a wide brand portfolio with over 140 leading trade fair formats at some 50 locations worldwide. Messe Frankfurt invests in developing new worldwide events and services – both physical and digital – and enhancing existing ones. The Frankfurt exhibition grounds are among the best in the world. Between 1998 and the current day alone, the company has invested more than a billion euros in its halls and infrastructure. (SV)

Andre Wissenberg
Oerlikon Polymer Processing Solutions Division
Technical textiles and their applications offer great...
Sanjay Vakharia
Spykar Lifestyles Private Limited
Every Day is Another Day of Innovation
Axel Gómez-Ortigoza
Polybion
We produce a superior material while prioritising our planet
Tiggy Derham & Sarah Maskell
Oola Lingerie
We plan to be the number 1 destination for plus size luxury ...
Meghana Goyal
Label - Summer Somewhere
Bold, abstract prints and colour blocking are very trendy
Rosie Bowden & Zoe de Abreu
Label - Ro&Zo
We like to think of ourselves as a ‘responsible’ brand
Fatima Lopes
Fatima Lopes
"I believe that there's a market for luxury, for the ones...