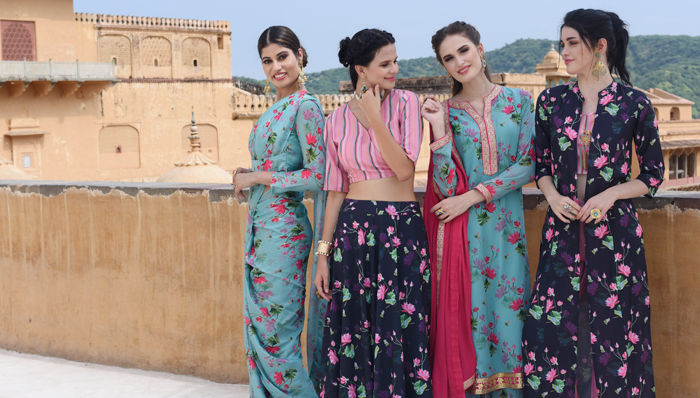 Pic: AKS Clothings
Introduction of favourable policies, allocation of substantial funds for growth, rollout of government-sponsored Fund of Funds (FoF), and investment in spreading the expanse of digital infrastructure are among the expectations of micro, small and medium enterprises (MSMEs) from Union finance minister Nirmala Sitharaman when she presents budget on February 1.

India is on one of the largest and the fastest-growing markets for digital consumers and accounts for the world's second-largest internet market. With easy access to data and digital proliferation across the country, an increasing number of online shoppers from smaller cities and towns are boosting business prospects for MSMEs. "We hope Union Budget 2020-21 to include announcement on investment in spreading the expanse of digital infrastructure and enable consumers from small towns to have better access to e-commerce. Measures to increase disposable income will further enhance the digital economy. A level playing field between retailers will see increased participation of MSMEs and aid in growth of small retailers in India," says Amit Sharma, founder & CEO, Narvar.

There are over 6 crore MSMEs in India, which together account for around 29 per cent of the country's GDP. Hence, it is expected that the government will introduce favourable policies and allocate substantial funds for the growth of MSMES, say Odhni directors Puneet and Yatin Jain.

"Presently, out of 32,385 applications filed by MSMEs, 2,031 applications have been disposed of by the government under the delayed payment monitoring system called MSME Samadhaan. Apart from lack of access to capital, infrastructure, skilled labour and power supply issues are some of the problems that plague MSMEs in India. Therefore, Indian entrepreneurs hopes that upcoming budget will provide some long-term benefits to the MSME sector with better access to credit and lenient taxation policies," add Jain brothers.

In June last year, the Reserve Bank of India (RBI) had recommended a government-sponsored fund of ₹10,000 crore to support investments made in MSMEs. "It's time to roll-out the government sponsored FoF to resolve the funding issues of the MSMEs in apparel, retail, and other sectors," feels Nidhi Yadav, creative head and founder, AKS Clothings. "Secondly, for better funding support from venture capitalists and private equity firms, policies need to be clarified on crowdfunding and other possible financial routes. On the other hand, to drive market demand, the finance minister should present a comprehensive yet clear e-commerce policy. Besides, some motivational schemes must be introduced for the young and aspiring women entrepreneurs of India, so that their knowledge and skills may get utilised in the economic development of the country."