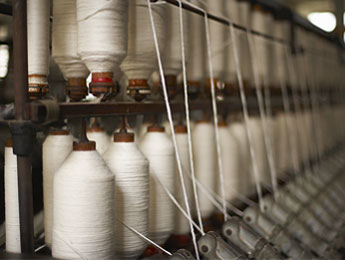 In a bid to support the local textile firms seeking relief from Government duties, the Textile, Garment & Leather Employees Union (TGLEU) of Ghana has declared that this month onwards it would start negotiations with the Government to earn waiver for these taxes.
TGLEU General Secretary Abraham Koomson said in order to give a fillip to the country’s textile sector, the union would persuade the Government to waive some of the taxes imposed on local textile firms or to forgo the tax dues that some of the companies in the sector have accumulated.
The union said its decision to seek tax waivers was taken in view of the recent closure of two textile manufacturing firms – Akotex Synthetics Limited and Akosombo Textiles Limited (ATL) – by the Ghana Revenue Authority (GRA) after they failed to clear their last four year’s pending tax dues.
Mr. Koomson stated that the negotiations with the Government would begin after TGLEU submits a proposal to the Government.
The TGLEU official further said that some of the local firms prefer importing raw inputs to undertake self-production, rather than engaging in pure trading activities. These firms aim to generate employment opportunities for Ghanaian people.
However, if the Government fails to support them, these firms may slip into pure buying and selling activities, which would not in anyway back the nation’s economic development, he said.
Hence, TGLEU strongly urges the Government to act to aid the textile firms, either by way of extending loans or waiving some of the taxes imposed on them, he added.

The Central Bank of Nigeria (CBN) recently said it had invested over...