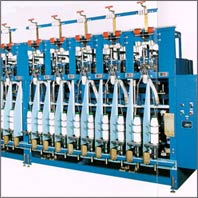 An awareness generation programme titled ‘Integrated Textile Park in North Odisha’ was held to attract potential stakeholders to set up integrated textile park in the region, and to fortify the institutional abilities of the industry stakeholders and legislators to help them take smart decisions and make better plans with an enhanced understanding of impact of globalization and its scope, while weeding out the negativities attached thereto, especially those attached with a pro-poor perspective.
The drive was organized by the Textiles Committee under the Union Ministry of Textiles, jointly with the State Textile Department, SPINFED and North Odisha Chamber of Commerce and Industries (NOCCi).
Traders and manufacturers belonging to economically weaker class are amongst those most badly hit in the globalization era, and hence there is a need for awareness generation and capacity building about new norms concerning the textile sector’s development.
The aim of the workshop was to discuss and survey the possibility of promoting an Integrated Textiles Park in North Odisha to boost investment in the sector in backward regions, NOCCi Convener Amit Behera said.
He said the textile industry certainly plays a major role in industrial growth, but the outlook for handloom readymade garments, hosiery and powerloom sectors does not appear very much positive due to enhanced competition, he said.
Considering the changed international trade rules and emerging challenges of economic liberalization, it is a must to adopt a holistic strategy to back the domestic textile and clothing industry, and the Central Government has introduced several measures, Mr. Behera said.
He added that the Government is also working to create a synergy between three groups of industry stakeholders, namely, the Government, the Industry and the civil society organizations to promote and ensure that such development programmes go on sustainably.