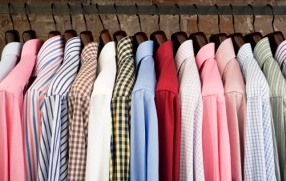 Sri Lanka’s earnings from export of garments and textiles have increased by 8.8 percent in February 2013, over last year’s figures, stated the Central Bank of Sri Lanka.
According to the bank’s report, the export of garments and textiles increased from US$ 341.5 million in February 2012 to US$ 371.6 million in February 2013.
However, during January-February 2013, Sri Lanka’s textile and apparel exports declined by 0.4 percent to US$ 705.5 million, as against exports of US$ 708 million made during the corresponding period of previous year.
The Sri Lankan textile sector contributes around 40 percent to the country’s total exports.
Although Sri Lanka’s overall expenditure on imports declined by 9.3 percent year-on-year to US$ 1.433 billion, the expenditure on imports of intermediate goods, including textiles and clothing, has increased.
There is an increase of 18.3 percent or US$ 163 million in imports of textiles and garments in February 2013, as per the External Sector Performance report by the bank.
The rise in textile imports indicate that there would be a similar increase in clothing exports from Sri Lanka in near future, as most of the imported fabric would be used to stitch garments for exports.

The US Food and Drug Administration (FDA) issued an immediate...