India to export textiles in exchange for Iranian oil 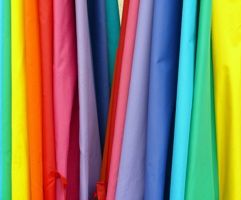 Eylem Temizkan
Ereks-Blue
Will not be the biggest but cleanest

Dr. Christian Schindler
International Textile Manufacturers Federation (ITMF)
The companies along the entire textile supply chain must...
Aditya Goyal
Anubha Industries
The resilience in the Indian textile industry is...
Danielle Statham
Good Earth Cotton
Cotton is still the most preferred fibre for customers to...
Bijou Kurien
Retailers Association of India (RAI)
We should see an exciting phase for retail in India in next ...
Stuart Stockdale
Jaeger
Stuart Stockdale graduated in fashion design from Central...
Rupa Sood and Sharan Apparao
Nayaab
We do not want to compromise on the quality we offer
Mr. David Cummings
U.S. POLO ASSN.
The U.S. POLO ASSN. brand is the official brand of the...