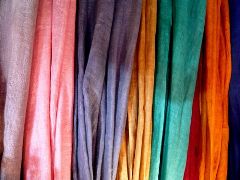 Textile and garment imports by Spain grew by 3.1 percent to €3.428 billion in the first three months of the current year, compared to imports worth €3.324 billion during the corresponding period of last year, according to the data released by Centre of Information on Textile and Clothing Industry (CITYC).
The rise in Spanish textile and clothing imports has come on the back of a 7.8 percent year-on-year decline in 2012, mainly due to reduced domestic consumption and declining industrial activity last year.
Segment wise, Spain imported fibres and textiles worth €800.2 million from January to March 2013, up 0.5 percent year-on-year. Knitwear and garment imports during the three-month period reached €2.627 billion, showing a rise of 3.9 percent year-on-year.
Exports of textiles and apparels from Spain continued to show an upward trend during the first quarter of 2013. Total Spanish textile and garment exports grew by 8.7 percent to €2.871 billion during the three-month period, compared to exports of €2.641 billion made during the corresponding quarter of last year.
While fibres and fabric exports declined by 1.3 percent year-on-year to €825 million, clothing exports registered €2.046 billion, up 13.3 percent year-on-year.