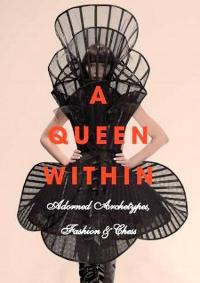 The mysteriously powerful queen and her army on the black-and-white 64-square chess board have always intrigued and inspired fashion designers from around the globe.
To take this enigmatic relationship between sartorial creativity and the world’s most popular game a step further, an exhibit exploring the queen archetypes and their influence on fashion is going to take place at the World Chess Hall of Fame, Missouri.
Scheduled to be held from October 19 to April 18, 2014, the event titled ‘A Queen Within: Adorned Archetypes, Fashion and Chess’ will display garments and fashion photographs based on the constantly evolving feminine nature of the most powerful character of chess.
Curated by the world-famous fashion curator and exhibition designer Sofia Hedman, the exhibit will be divided into nine sections, each describing the different personae of the queen—Sage, Mother Figure, Magician, Enchantress, Explorer, Ruler, Mother Earth, Heroine, and Orphan.
The exhibits will include an Alexander McQueen cocktail dress emblazoned with an image of muse and provocateur Isabella Blow, Hussein Chalayan’s iconic bubble dress from his S/S 2007 line, Maison Martin Margiela’s unforgettable glove vest from the S/S 2001 Artisanal collection and designer Iris Van Herpen’s snake dress from her Capriole Haute Couture range in 2011.