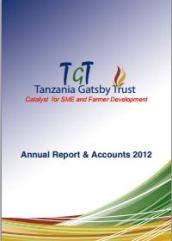 Tanzania reaped a whooping 360,000 tons of cotton last season, with over 400,000 farmers engaged in cotton farming in the country. In previous season 2011-12, Tanzania produced 255,000 tons of cotton.
High domestic prices for cotton, ranking third highest in the world, lured several farmers in Tanzania to plant cotton last season, however high outputs are mainly attributable to contract farming, Tanzania Gatsby Trust (TGT) Programme Manager William Creighton said in TGT’s recently released ‘Annual Report and Accounts 2012’.
Around 292,000 farmers in the country have taken to contract farming, under which farmers enter into written contracts with ginners or processors whereby the later undertake to buy the entire or part produce of the farmer as contracted.
The ginners also provide farmers with appropriate farming inputs, pesticides, etc. on loan basis to undertake farming.
Under the Tanzania Cotton and Textile Development Programme, the country aims to double its cotton output, by establishing contract farming as marketing structure for the industry and to ensure that cotton farmers get an easy access to farming inputs.
To facilitate this several activities have been undertaken under the programme like extending technical assistance to Tanzania Cotton Association (TCA) and Tanzania Cotton Board (TCB) members investing in the sector, to enable them to promote proper policy and institutional reforms, extending support to the ginners and farmers the designated “Seed Multiplication Zone” (SMZ), to ensure successful management of contract farming.
The programme is also helping Ukiriguru Research Institute to improve its research capacity to address new challenges facing the industry and is also supporting TCB to introduce improved cotton seed.
However, despite its benefits and farmer’s preference for it, contract farming still faces some challenges in the country, like delay on the part of Cotton Development Trust Fund and the Tanzania Cotton Growers Association in introducing necessary reforms to take the scheme further, Mr. Creighton said in the report.