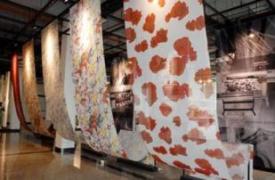 The Indian textile weaving industry is yet to modernize, and the current low level of technology coupled with Government incentives would drive technological upgradation, necessitating trained human resource and greater in-house spending on training, says a latest report.
‘Human Resource and Skill Requirements in the Textile Sector (2022) – A Report’ prepared by the National Skill Development Corporation (NSDC), states that the changes in technology would significantly affect the profile of the people involved in the Indian textile industry.
According to the report, the share of shuttle-less looms in the Indian textiles industry is only 2-3 percent as against a world average of 16.9 percent, which indicates a low degree of modernization in the Indian weaving industry.
On the Indian spinning sector, the report says although the sector is relatively more modernized, around 60 percent of installed spindles are more than 10 years old and open-end (OE) rotors account for only 1 percent of total installed spindles.
In the apparel sector, India has much lower investment in special purpose machines, which perform specific functions and add value to the product. “Very few export establishments have invested in cutting machines or finishing machines,” the report states.
The low level of technology and Government incentives like Technology Upgradation Fund Scheme (TUFS) would drive modernization in the industry, but high power costs would be a detriment, the report mentions.
In addition to the current low-level of technological upgradation, shortage of labour and increasing wage rate would further induce greater automation which will lead to higher productivity.
For instance, the operating hours per quintal of yarn have decreased from 77 to 25 on account of modernization and would continue to fall. Also, the numbers of people involved in post spinning operations have come down on account of automatic cone winding machines, according to the report.
However, the technological upgradation would necessitate the human resource to be trained in modern machinery and also greater in-house spending on training.
It is because the modern machinery would require skilled maintenance people who have the requisite knowledge of the same.
Moreover, proper maintenance would be crucial as machine down time and costly spare parts would significantly affect the performance of the industry, the report states.