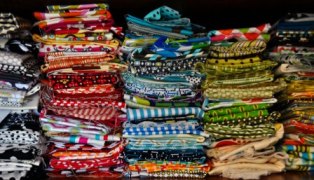 The exports of textiles, excluding apparel, from Turkey increased by 7.9 percent year-on-year during the first seven months of 2013, according to the data compiled by the Istanbul Textile and Apparel Exporters' Association (ITKIB).
From January to July 2013, Turkish firms exported US$ 4.840 billion worth of textiles and raw materials to other countries, accounting for 5.5 percent of total Turkish exports during the period.
Exports to the EU accounted for 44.8 percent of all Turkish textile exports during the seven-month period. The country exported textiles worth US$ 627.801 million to Russia, US$ 487.53 million to Italy, and US$ 247.541 million to Germany, during the first seven months of 2013.
Segment wise, woven fabric exports earned US$ 1.654 billion for Turkey, followed by knitted fabric which fetched US$ 983.897 million, Turkish newspaper Hurriyet reported.
Yarn exports from Turkey were worth US$ 979.688 million, while fibre exports amounted to US$ 369.537 million, from January to June 2013, according to the data.
Istanbul accounted for US$ 2.283 billion worth of textile exports from Turkey during the period under review, while the province of Bursa contributed US$ 669.575 million.
In 2012, Turkish textile exports rose to US$ 7.75 billion from US$ 7.7 billion in 2011, according to statistics of the Ministry of Economy.