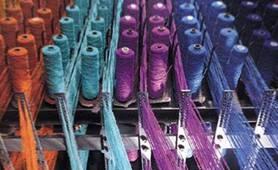 About 30 percent of total textile mills in India remained non-operational in 2000-10 leading to huge job losses, a recent study conducted by The Associated Chambers of Commerce and Industry of India (ASSOCHAM) has found.
The study titled “State-wise assessment of textile sector & recommendations”, says, “Of the total 17,987 textile factories across India, about 12,688 factories were operational and about 5,300 were non-operational as of 2010-11,” according to an ASSOCHAM press release.
The total number of textile units in India grew at a compounded annual growth rate (CAGR) of about 5 percent during the decade of 2000-01 and 2010-11, while the non-operational textile factories grew at a whopping 23 percent and the textile factories under operation grew at a CAGR of a meager two percent, Mr. DS Rawat, national secretary general of ASSOCHAM, said while releasing the findings of the study.
According to the findings, the five states of Tamil Nadu, Gujarat, Maharashtra, Punjab and Uttar Pradesh together accounted for about 88 percent of the non-operating textile units, with Tamil Nadu alone accounting for about 54 percent, followed by Gujarat, Maharashtra, Punjab and Uttar Pradesh with 16 percent, 10 percent, 4 percent and 3 percent, respectively.
Gujarat registered maximum growth of about 39 per cent CAGR in non-operational textile units i.e. from over 290 factories to over 2,800 factories during 2000-01 and 2010-11, followed by Punjab, Haryana, Himachal Pradesh and Tamil Nadu with 35 percent, 32 percent, 26 percent and 25 percent, respectively.
“Low productivity, lack of advanced manufacturing technologies, lack of foreign investments, supply chain bottlenecks, lack of economies of scale, labour related challenges, issues arising due to a fragmented industry and weak brand positioning are certain key reasons for non-operation of textile units,” said Mr. Rawat.
Increased domestic competition together with competition from global players and high initial investment cost for state-of-the-art production facilities are other emerging challenges being faced by Indian textile industry, he added.
Analyzing the impact of non-operation of textile units on employment, Mr. Rawat said the share of jobs lost due to non-operation of textile factories in India has increased from over 6 percent in 2000-01 to about 42 percent in 2010-11.
The organized textile sector in India employs over 1.4 million people and contributes about 4 percent to the nation’s Gross Domestic Product (GDP) and 10.1 percent to the total exports earnings, according to ASSOCHAM.
More The Associated Chamber of Commerce & Industry of India News... More Textiles News - India...