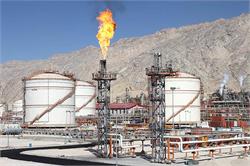 courtesy: Shana News Agency
The first phase of Ilam Petrochemical Plant, located in western Iran, is in the pre-commissioning stage and the necessary feedstock has been supplied, Shana news agency reported quoting Mohammad-Hossein Peyvandi, deputy head of National Petrochemical Company (NPC).
The necessary ethylene for the Ilam Petrochemical complex was received through the 135-km West Ethylene Pipeline, and production would start after the final tests, Mr. Peyvandi said.
At present, polymerization tests are being carried out at the project, the official informed.
The Ilam project was initiated in 2005 with an investment of more than US$ 650 million for producing petrochemical products, including 120,000 tons of propylene per year. The second phase of the petrochem complex is expected to become operational over the next two-year period.
The construction for the West Ethylene Pipeline, considered to be the longest ethylene transfer pipeline in the world, began in 2002. The pipeline is structured to transfer 150,000 tons of ethylene to the Tabriz Petrochemical Plant, and would also cater to feedstock requirements of Lorestan, Mahabad and Kurdestan petrochemical plants.
Around 14 petrochemical plants, which are either operational or being constructed, lie on the route of the pipeline, which passes through 11 provinces in the country, namely Fars, Khuzestan, Lorestan, Kohguiluyeh Boyer Ahmad, Chahar Mahal va Bakhtiari, Kurdstan, Kermanshah, Ilam, Hamedan, East Azarbaijan and West Azarbaijan.
Iran is the second biggest petrochemical producer in the Middle East, and contributes around one-fourth of the region’s petrochemical output.