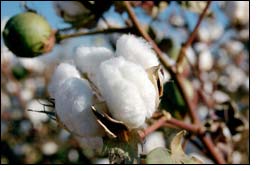 The Agricultural Marketing Authority (AMA) and cotton ginners in Zimbabwe have agreed on a minimum funding per merchant of US$ 1 million to enhance cotton production this season, The Herald reported.
The regulating authority and merchants signed a memorandum of understanding (MoU), which places the minimum threshold on the basis of the smallest ginnery with capacity of 4,000 tons, which can be received from 5,000 hectares of filed with a yield of 800 kg per hectare.
As per the MoU, the contractors would have to declare the quantity of raw cotton they want to buy at the beginning of the season. If the declared quantity is more than 4,000 tons, the amount of investment in inputs would be to the extent of the contractor’s ginning capacity or the historical consumption in a normal crop year can also be used as a benchmark.
However, the AMA would not accept ginners’ declaration of buying quantity that is much lower than their ginning capacity, the MoU said.
In case of a contractor intending to purchase in excess of 4,000 tons, the investment would rise accordingly.
The AMA would register raw cotton contracting firms that would be participating in the scheme and it would also monitor the implementation of the scheme, including distribution of common input and buying.
The AMA would publish a list of all licensed contractors detailing the areas for which they have been given license and whether they have fully met the registration, minimum funding and other requirements.
Further, the regulators would strictly monitor the activities of contractors to ensure that their operations are limited to the areas for which they have fully financed. They would also protect the interests of contractors by preventing side marketing of the contracted crop.
In Zimbabwe, the funding for cotton growers fell from about US$ 44 million in 2011 to US$ 22 million last season, mainly because some merchants reduced their funding after losing some of their crop through side marketing.
Cotton is largely grown by the smallholder sector and provides a livelihood for over 300,000 households in Zimbabwe. The provision of inputs for cotton farmers is largely through contract farming from private sector.
However, yields have been below 700 kg per hectare, largely owing to inadequate supply of inputs because of limited funding.