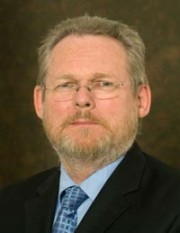 Mr. Rob Davies
The Government of South Africa will continue to support investments in the textile and clothing sector over the next year, Trade and Industry Minister Rob Davies said during his Budget Vote Address.
Mr. Davies said by end of the five-year Industrial Policy Action Plan in 2014, it could become the centerpiece of the Department of Trade and Industry’s (DTI’s) work with all the actions being coordinated or aligned to it.
Through DTI’s direct efforts, South Africa had stemmed the inexorable decline of its clothing and textile sector, Mr. Davies said.
He said the clothing and textiles sector is an important labour absorbing sector and after having been written off, the sector has been successfully stabilised through the introduction of a number of inter-related measures. The measures include: improved monitoring of imports to ensure compliance with customs and excise regulations and to reduce unfair and illegal imports; the designation of the sector under the Preferential Procurement Policy Framework Act (PPPFA), and collaboration with key retailers to encourage local procurement; and the introduction of the Clothing & Textile Competitiveness Programme (CTCP).
The Minister further informed that the DTI would be playing its part in ensuring that the Government procures 75 percent of its goods and services from local companies. Textiles and clothing are already among the designated goods and services for Government procurement, he informed.
In the year ahead, the DTI would continue to support investments in a number of ways, including the Manufacturing Competitiveness Enhancement Programme (MCEP), the 12i Tax Allowance, the Clothing and Textile Competitiveness Improvement Programme, and the Incubation Support Programme (ISP).