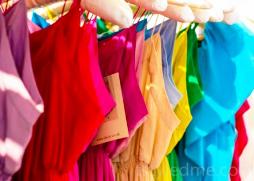 The United States imported textiles and apparel worth US$ 70.868 billion in the first eight months of 2014, registering an increase of 2.23 percent over imports of $69.319 billion made in the corresponding period of last year, according to the latest Major Shippers Report, released by the U.S. Department of Commerce.
The US imported $26.807 billion worth of textiles and garments from China, which accounted for 39.13 percent share of all textile and garment imports made by the US in January-August 2014, the data showed.
Vietnam, India, Bangladesh and Indonesia were among the top five suppliers of textiles and garments to the US, with goods valued at $6.563 billion, $4.548 billion, $3.564 and $3.539 billion, respectively, during the eight-month period.
Segment-wise, the US apparel imports during January-August 2014 were worth $53.895 billion, whereas non-apparel imports contributed $16.973 billion.
In the apparel category, Vietnam and Sri Lanka stood out among the top ten suppliers to the US as their exports increased by 14.61 percent year-on-year and 7.76 percent year-on-year to $6.083 billion and $1.166 billion, respectively, during the period under review.
While the US import of man-made fibre (MMF) apparel increased by 7.96 percent year-on-year to $22.621 billion, and that of wool apparel by 8.24 percent year-on-year to $2.263 billion, the import of cotton apparel declined by 2.45 percent to $28.028 billion.
In the non-apparel category, among the top-ten suppliers, the import from Turkey and Italy shot up by 10.04 percent year-on-year and 8.65 percent respectively to $473.54 million and $411.299 million. On the other hand, imports from Canada dropped by 8.45 percent to $521.663 million.
Of the total US textile and apparel imports of $70.868 billion during the quarter, cotton products accounted for $33.704 billion, while man-made fibre (MMF) products were worth $32.763 billion, followed by $3.035 billion of wool products and $1.365 billion of products from silk and vegetable fibres.
In 2013, the US textile and apparel imports increased by 3.76 percent year-on-year to $104.725 billion, with apparels alone accounting for $79.797 billion. (RKS)