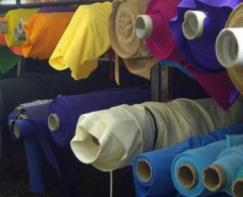 The exports of textile and apparel from China continued to show steady growth in October 2014.
According to the recent data from the General Administration of Customs, China’s total textile and garment exports were valued at US$ 26.54 billion in October 2014, showing a year-on-year growth of 10.2 per cent.
Of this, textile exports grew at 13.8 per cent year-on-year to $9.75 billion, while clothing exports earned $16.79 billion, showing an increase of 8.2 per cent.
From January to October 2014, China’s overall textile and apparel exports stood at $248.42 billion, registering a growth of 6.3 per cent year-on-year.
During the ten-month period, China’s textile exports increased at 5.8 per cent year-on-year to $92.85 billion, whereas clothing exports shot up by 6.7 per cent to $155.57 billion.
In the first two months of the ongoing cotton season beginning September 1, 2014, total textile and apparel exports earned $55.09 billion for China, with textiles accounting for $19.5 billion and clothing contributing the remaining $35.59 billion.
In the last cotton season from September 2013 to August 2014, China’s cumulative textile and apparel exports stood at $294.51 billion. Of this, textile exports were valued at $110.23 billion and garment exports at $184.28 billion. (RKS)