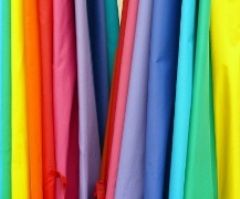 The exports of fabric and apparel from Vietnam surged by 18 per cent year-on-year to US$ 17.432 billion in the first ten months of 2014, according to the preliminary data released by the Customs IT & Statistics Department, General Department of Customs, Vietnam’s Ministry of Finance.
During January-October 2014, Vietnam exported 705,757 tons of yarn fetching $2.112 billion, registering an increase of 19.7 per cent and 19.8 per cent year-on-year, respectively, according to the data.
The US alone imported $8.16 billion worth of fabric and apparel from Vietnam during the ten-month period. Japan and South Korea were the other main destinations for Vietnamese fabric and clothing with exports valued at $2.161 billion and $1.856 billion, respectively.
Meanwhile, Vietnam’s cotton imports soared by 26.6 per cent year-on-year to 630,460 tons in terms of quantity, and by 23.3 per cent to $1.235 billion in terms of value.
Similarly, Vietnam’s yarn imports grew by 6.7 per cent year-on-year and 2.9 per cent by volume and value, respectively, to 612,969 tons and $1.295 billion. Fabric imports also climbed 14.1 per cent to $7.785 billion.
With $3.844 billion worth of goods, China was the largest supplier of fabric to Vietnam during the period under discussion.
Last year, Vietnam’s fabric and garment exports grew by 18.9 percent year-on-year to $17.946 billion, and the country’s fabric and garment exports are expected to touch $20 billion mark this year. (RKS)