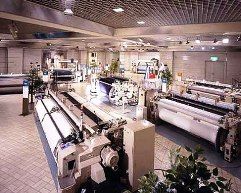 Rajya Sabha, the upper house of the Indian Parliament, too passed the Textile Undertakings (Nationalisation) Laws (Amendment and Validation) Bill, 2014, a week after the Bill was passed by the lower house—the Lok Sabha.
The Bill, aimed at reviving sick textile mills, replaces an Ordinance promulgated by the Government of India in October this year. The Bill amends the Sick Textile Undertaking (Nationalisation) Act, 1974 and the Textile Undertakings (Nationalisation) Act, 1995. The amendments are made to protect assets of sick textile undertakings and ensure that lease-hold rights of such units remain with the Central Government.
According to the provisions of the Bill, lease-hold rights over land will continue to be exercised by the National Textile Corporation (NTC) on behalf of the Central Government.
Secondly, even though lease-hold rights of the land are vested in the Central Government, NTC has the right to prosecute or defend any proceedings in respect of such land.
Thirdly, no proceedings can be instituted against NTC on the ground that textile operations were discontinued in the textile undertaking.
According to the Bill, which will become law after President’s signature, the transfer of any property from NTC through any order of a civil court or other authority, which is not in keeping with either Act as amended by the Bill, will be deemed void.
During the debate on the Bill in Rajya Sabha, Textiles Minister Santosh Kumar Gangwar said the Ministry is working to bring to profit a total of eleven mills of NTC in next three months.
He said NTC had acquired 119 mills, of which 78 are presently closed under the Industrial Disputes Act. He informed that 23 NTC mills were running and five were in profit while 11 in dispute are put to arbitration and two have been handed over to Puducherry, while NTC is out of BIFR.
Gangwar said the Government is committed to increase employment and the NTC currently employs 8,000 permanent and 3,000 daily wage workers.
NTC was set up as a public sector enterprise in 1968 for managing the sick textile undertakings in the private sector that were taken over by the Government. Initially, the NTC managed 16 textile mills. (RKS)