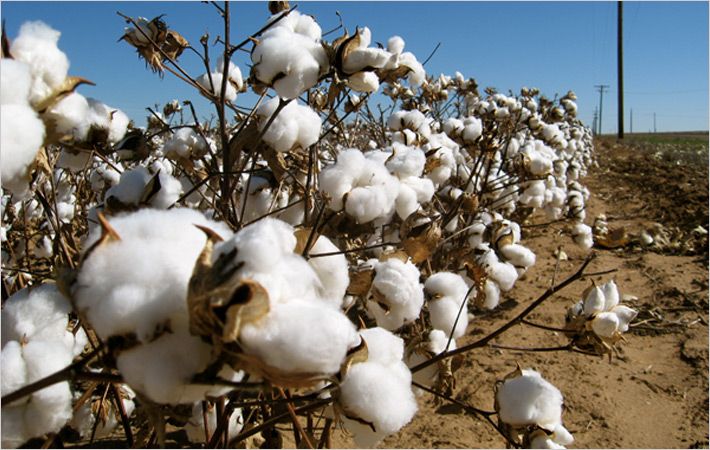 In what may mark an end of high-quality extra long staple cotton, the Egyptian Government has decided to stop paying subsidy of 350 Egyptian pounds per qintar (160 kg) of cotton to producers, from the next agricultural season.
Last season, Government subsidies for cotton touched nearly 520 million Egyptian pounds, according to the Ministry of Finance statistics.
There is very limited demand, both in domestic and global markets for Egyptian cotton, particularly the long staple variety, and it is very expensive, Agriculture Minister Adel El-Beltagy told the state-run news agency MENA.
The minister said Egyptian textile mills have stopped using local cotton and are instead importing short staple variety, which are available at lower prices.
El-Beltagy advised farmers to plant cotton only when they have prior contracts to sell the produce.
Egypt’s cotton exports in the second quarter of financial year that began in July 2014 amounted to 109,600 metric tonnes, down 69.7 per cent compared to the corresponding period of 2013, according to the data from the Central Agency for Public Mobilisation and Statistics (CAPMAS).
Meanwhile, the ministries of investment and planning have agreed that the National Investment Bank (NIB) will finance the operation of the Mahalla Al-Kubra based state-owned Misr Spinning and Weaving Company. The ministries have agreed to prepare a plan to impart training to workers and address problems related to availability of raw materials, and thereby raise the Company’s production capacity. (RKS)