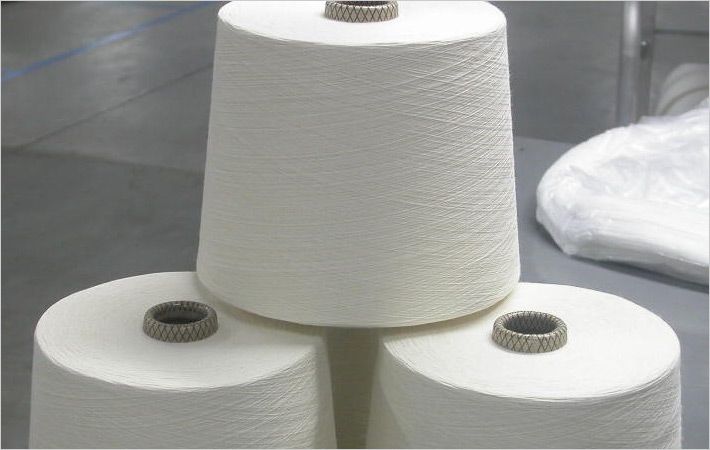 An abnormal rise in imports of cotton yarn from India is posing a threat to the viability of domestic textile industry, All Pakistan Textile Mills Association (APTMA) has said.
According to APTMA, an average of 2,500 tonnes of cotton yarn, mainly fine counts used in production of around 140 products, was imported by Pakistan in July-November 2014-15, which shows a 100 per cent increase in imports of Indian cotton yarn.
Citing import data, APTMA chairman SM Tanveer said the import of cotton yarn from India increased to 26,000 tonnes in fiscal year 2013-14, compared to import of 17,000 tonnes in 2012-13.
Stating that the surge in import of Indian cotton yarn is hurting the domestic textile industry, Tanveer urged the ministry of commerce to immediately take remedial measures by exercising public interest clauses of 7(b) of the Safeguard Measures Ordinance, 2002.
Tanveer said the Indian Government extends incentives to yarn exporters in the form of rebate and discount on interest payment for attracting new investments. In addition, some state governments also provide subsidy in electricity charges to spinning mills.
On the other hand, India imposes 10 per cent customs duty on import of yarn, besides 12 per cent countervailing duty (CVD) and 4 per cent special CVD, bringing the cumulative impact to nearly 30 per cent. In comparison, Pakistan imposes only a nominal import duty of 5 per cent on cotton yarn import, which makes the country an ideal market for dumping, said Tanveer.
Meanwhile, Pakistan’s cotton yarn exports fell by 9.31 per cent to $818.397 million in July-November 2014-15, as against exports of $902.409 million made during the same period of previous fiscal year. (RKS)