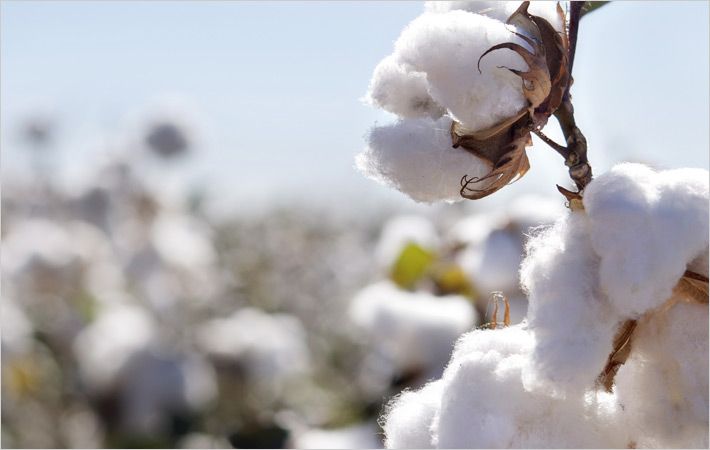 The Cotton Corporation of India (CCI) has already procured more than 41 lakh bales of cotton during the ongoing marketing season at the minimum support price, and it may soon start selling the same.
In view of the declining cotton prices and expected higher production, the CCI started procuring cotton at MSP from October 2014 to protect farmers in key states like Andhra Pradesh and Maharashtra.
In domestic market, cotton prices have been prevailing at below the MSP level of Rs 4,050 per quintal during the past few months. The decrease in demand for India’s cotton yarn in China this season has also contributed to the decline in cotton prices.
The CCI is now present in around 340 centres, and is actively purchasing cotton in about 150 centres. In southern states of Andhra Pradesh and Telangana, the CCI bought about 70-80 per cent of arrivals, while it procured about 10-15 per cent of arrivals in western states of Gujarat and Maharashtra.
Seeing the large quantity of cotton already procured, the CCI is expected to soon start selling cotton form its stocks.
In a recent report, the International Cotton Advisory Committee (ICAC) said, “India’s production is expected to remain stable at 6.8 million tons due to less favourable monsoons and despite an expansion in the cotton acreage by 5 per cent to 12.3 million hectares. However, its production will surpass China’s by over 300,000 tons, making it the largest cotton producer in 2014/15.”
According to the Cotton Association of India (CAI), cotton yields in India were abysmally low at 540 kilograms per hectare, far below the world average of 802 kilograms per hectare in 2013-14 season.
While having a third of the country’s cotton acreage, Maharashtra’s yield per hectare was a dismal 328 kilograms per hectare. Excluding Maharashtra, the all Indian cotton average yield stood at 645 kilograms per hectare. (RKS)

As part of its commitment to social justice and racial equity, Target ...