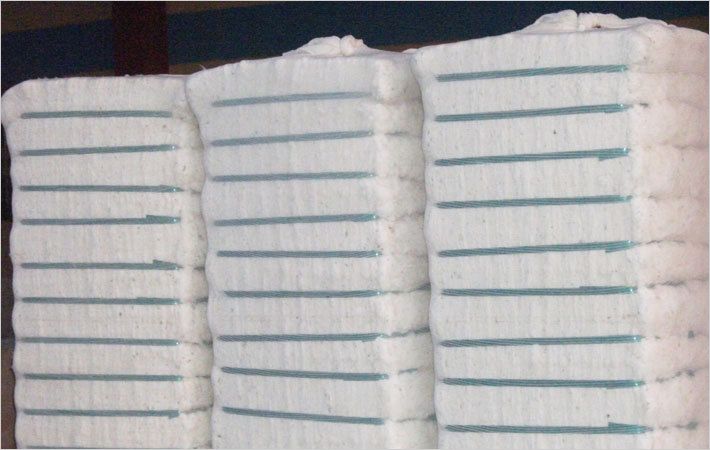 The Cotton Corporation of India (CCI) has begun liquidating its stock with an initial offer of 5,100 cotton bales of 170 kg each in Telangana.
In view of the declining cotton prices and expected higher production, the CCI started procuring cotton at minimum support price (MSP) of Rs 4,050 per quintal from October 2014 onwards to protect farmers in key cotton growing states like Telangana, Andhra Pradesh and Maharashtra.
So far, the CCI has procured around 55 lakh bales at MSP during the ongoing marketing year (October-September), and now it plans to offload the entire stock via the auction process in Telangana, Gujarat, Maharashtra and other states.
On the first day of initial offer of 5,100 bales, about 1,100 bales were sold in Telangana at a sale price of about Rs 1,000-2,000 per bale higher than the market rate, a news agency reported.
This year, the CCI plans to procure around 100 lakh bales, beating its previous highest purchase record of 89 lakh bales in 2008-09 marketing year.
India’s cotton production is estimated to cross 40 million bales in the current marketing year, compared to previous year’s production of 39.8 million bales, according to the Cotton Advisory Board. (RKS)