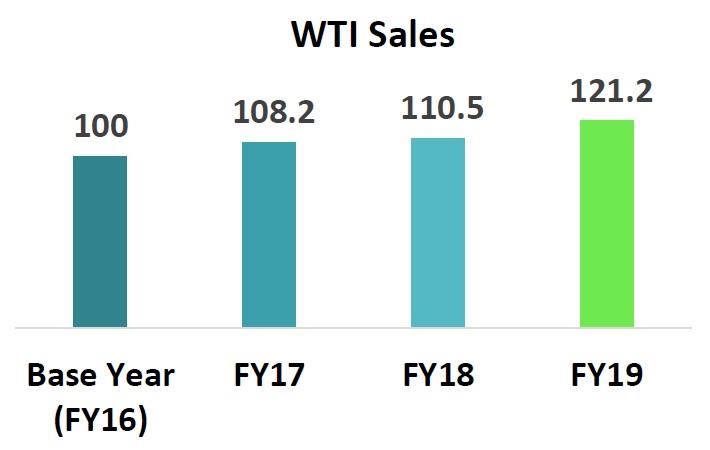 Revenue for majority companies witnessed growth, while EBITDA margins remained stagnant, WTI showed. SRF has shown the highest sales growth of 41 per cent, followed by KPR Mill with 19 per cent. However, Indo Rama Synthetics witnessed a decline of 25 per cent in their sales.

Average wholesale price index (WPI) for textiles increased by 4 per cent in FY19 as compared to FY18, while that of apparel increased by 1 per cent.

Exports of all other categories have grown in FY19 as compared to FY18. Yarn exports witnessed the highest growth of 12 per cent. The EU, the US and the UAE remain the top export destinations for India’s textile and apparel products with a combined share of 54 per cent.