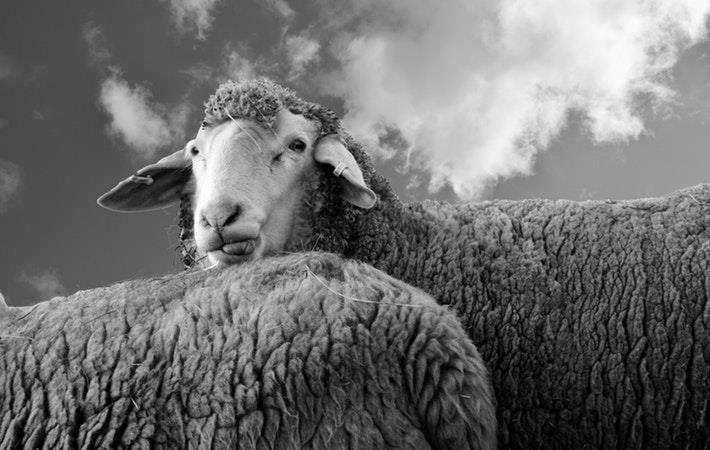 Courtesy: Pexels
The positive sentiments that arose at the conclusion of last week’s sales continued at Australian wool auction sales this week ending October 12. The apprehension seen over the past month dissipated almost entirely, with the exception of a few pockets of wool types in the carding room and some of the finer crossbred wools around the 26 to 27 micron.

The Australian Wool Exchange (AWEX) Eastern Market Indicator (EMI) gained 1.56 per cent or 31ac to head over the 2000 mark again to close the week at 2023ac clean/kg. In US Dollar (USD) terms the indicator moved similarly dearer by 20usc or 1.37 per cent higher to 1431 usc clean/kg.

“The merino sector led the charge, with buyer attention well and truly biased towards the fine and medium (18.5 to 23 micron) types of all descriptions,” Australian Wool Innovation (AWI) said in its ‘Wool Market’ weekly report for the sale week 15 of the current season.

The dearer results in the market levels were very much aided by the lower AUD v USD rate early in the weeks selling. Buyers were able to utilise some of the best conversion rates seen since the end of 2015 in that rate of exchange, the AWI report said.

The buyer competition in the Merino sale room was some of the fiercest seen for quite some time as exporters scrambled to cover off inventory. The targeted zone of interest was primarily centred around the 21 micron area as that is the production area most heavily hit by destocking and drought, the report added.

“China was the predominant interest across all wools from 18 to 23 micron and it appears some of the larger top maker buyers have decided now is the time to commence ensuring supply for upcoming machinery demands,” the report said.

Meanwhile, industry focus is rightfully being shepherded towards the global wool supply issue, and it is now considered and recognised as a real concern and not just a bombastic buyer/exporter approach to encourage sales from overseas export destinations.

The official key test data from Australia extensively reported last week was further re-enforced by the three-week forecast released this week revealing an estimated shortfall of 22,170 bales or 16.5 per cent less being offered for the remainder of October compared to last year at the same period. This time of the year is considered as peak production.

The positive sentiments that arose at the conclusion of last week's sales continued at Australian wool auction sales this week ending October 12. The apprehension seen over the past month dissipated almost entirely, with the exception of a few pockets of wool types in the carding room and some of the finer crossbred wools around the 26 to 27 micron.
More Australian Wool Innovation Limited News... More Textiles News - Australia...