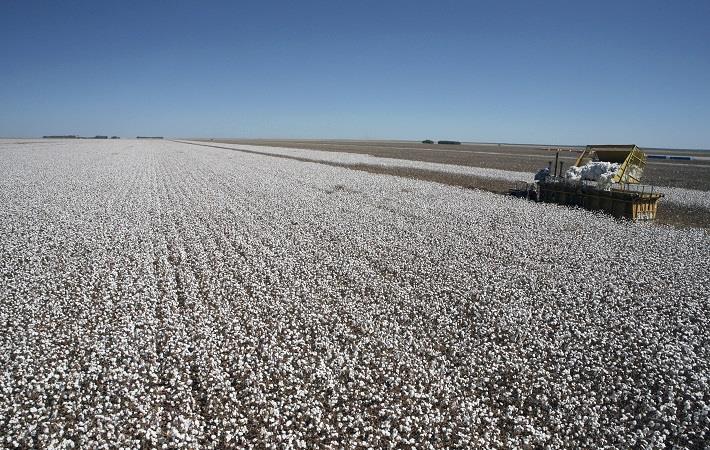 Pic: Shutterstock
Prices dropped in the Brazilian cotton market in the first fortnight of July as liquidity was higher. Between June 28 and July 15, the CEPEA/ESALQ cotton Index, with payment in 8 days, dropped 2.2 per cent, closing at 2.6557 BRL per pound on July 15. The average price of 2.7032 BRL per pound is 25.15 per cent below those prevailed in July 2018.
As processing advanced, more cotton batches from the 2018-19 crop were supplied in the spot, making sellers more willing to lower asking prices during the fortnight, Center for Advanced Studies on Applied Economics (CEPEA) said in its latest fortnightly report on Brazilian cotton market.
Meanwhile, in its 10th crop survey, released on July 11, Conab revised production estimates down by 0.41 per cent for 2018-19—compared to that reported in June, to 2.665 million tons, which is 32.9 per cent higher than that in the previous crop, due to the 36.2 per cent area increase (1.6 million hectares). The average productivity, in turn, decreased 0.48 per cent compared to that reported in June and 2.5 per cent compared to the 2017-18 season, to 1,665 kilos per hectare.
In Mato Grosso, although the average productivity may decrease by 1.1 per cent to 1,641 kilos per hectare, the amount to be harvested is forecast at 1.64 million tons, 36.8 per cent up compared to the 2017-18 crop. Bahia, in turn, may harvest 583,700 tons of cotton, 17.1 per cent more than in 2017-18. Despite the sharp area increase by 25.9 per cent, the average productivity may decrease 7 per cent to 1,758 kilos per hectare.
In terms of exports, Secex data indicates that in the current season (from August 2018 to June 2019), shipments have totalled 1.262 million tons, surpassing the record from 2011-12. In June, cotton exports totalled 61,600 tons, higher than the 8,800 tons shipped in the same period of 2018 and the largest volume exported in the month of June since 1996. (RKS)