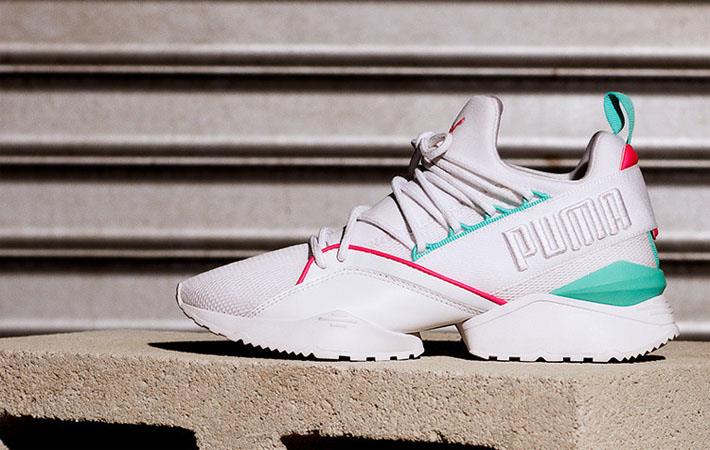 Pic: Puma
Puma's sales in the fourth quarter of fiscal 2018 have increased by 20.1 per cent to €1,226.4 million as compared to €1,040.2 million in the previous year. Sales growth was particularly strong in the Asia/Pacific region followed by the Americas, both rising at double-digit rates. Apparel and Footwear improved 28.6 per cent and 17.4 per cent respectively.

In 2018, Puma’s sales improved by 17.6 per cent to €4,648.3 million. In the EMEA region, sales hiked by 11.4 per cent currency adjusted to €1,800.3 million. The main growth drivers in the region were France, Spain, the United Kingdom as well as Russia and Turkey, which all posted double-digit sales growth.

Sales in the Americas region went up by 16.9 per cent to € 1,612.5 million, with both North and Latin America contributing double-digit growth rates. Growth was particularly strong in the Asia/Pacific (APAC) region, where sales rose by 28.8 per cent, mainly driven by high growth in China and Korea, while sales in Japan increased at a more moderate mid to high single-digit rate.

Footwear continued to be a strong sales driver throughout the year. Sales were up 16.6 per cent currency adjusted to €2,184.7 million, exceeding the €2 billion sales mark for the first time. Running and Training as well as Sportstyle were the categories with the strongest growth rates.

In the Apparel segment, sales rose by 22.2 per cent to € 1,687.5 million. Logo-driven apparel within Sportstyle category and new product launches in the Teamsport and Motorsport categories contributed to this increase.

Including e-commerce, Puma's retail sales increased 24.0 per cent to €1.127,5 million. This represents a share of 24.3 per cent of total sales in 2018. Like-for-like sales growth in our retail stores, the extension of retail store network as well as the extensive growth of e-commerce business contributed to this rise.

For the full year 2019, Puma expects currency-adjusted sales growth of around 10 per cent. It forecasts the gross profit margin to show a slight improvement compared to last year (2018: 48.4 per cent) and operating expenses (OPEX) to increase at a slightly lower rate than sales. Based on the current exchange rate levels, management expects an operating result (EBIT) for the financial year 2019 in a range between €395 million and €415 million (2018: €337.4 million). Management also expects a significant improvement of net earnings in 2019

"We still have a lot to improve, but we feel we are moving our brand and company in a good direction. We see that our progress will also continue in 2019 and expect our currency adjusted sales to grow around 10 per cent and our operating result to increase to a range between €395 million and €415 million," concluded Gulden. (RR)