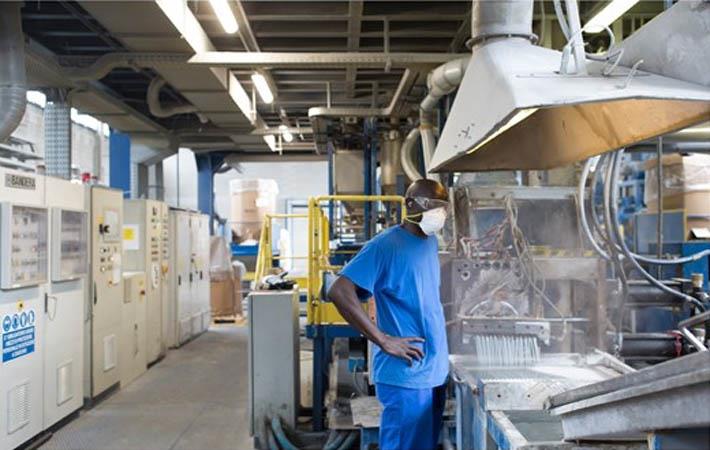 Courtesy: RadiciGroup
RadiciGroup engaged in production of chemicals and synthetic fibres, has recorded consolidated sales revenue of €1,147 million for the financial year 2017, an increase of 20 per cent over the prior financial year. Group net income rose by over 60 per cent compared to 2016, driven by an increase in sales volume, while group EBITDA was €160 million (+ 45%).

"Our competitive system operates with respect for people and the environment," said Angelo Radici, president of RadiciGroup. "The financial statement figures show that our group is sound and in excellent financial condition, in spite of the high levels of uncertainty that characterize some of the widely diverse scenarios in which the group operates."

RadiciGroup’s strategy continues to focus on its strategic core business activities – nylon chemicals and synthetic fibres – with the goal of improving its competitive position in the market and achieving an overall balance among the geographical areas where the group operates in order to reduce dependency on single markets and boost cash flow to reduce debt and finance new initiatives in crucial markets.

RadiciGroup engaged in production of chemicals and synthetic fibres, has recorded consolidated sales revenue of €1,147 million for the financial year 2017, an increase of 20 per cent over the prior financial year. Group net income rose by over 60 per cent compared to 2016, driven by an increase in sales volume, while group EBITDA was €160 million (+ 45%).#

The results of the specialty chemicals business area showed a positive trend in sales compared to 2016 in terms of both volumes and average prices for the two main product areas: polymers and adipic acid. Sales revenue increased by 35 per cent compared to 2016, aided by average sales prices, which followed the main raw materials cost trend, and, most importantly, by high market demand.

The synthetic fibres and nonwovens business area produces numerous kinds of products, from polyester yarn to nylon yarn, artificial grass yarn and nonwovens, materials used in a variety of industries, among which automotive, apparel and furnishings. The global sales revenue of this business area went from €412 million in 2016 to €451 million in 2017, an increase of over 9 per cent.

"Our 2017 results are very positive and show higher group growth compared to 2016, which has strengthened our balance sheet," stressed Alessandro Manzoni, CFO of the group. "We are also very pleased with the results of the first half of 2018, which rose compared to the same period of 2017. However, in the second half of the year, we are in a more cautious position due to the new climate of political uncertainty, which, naturally, has an impact on markets, as well. The group’s financial position is extremely solid."

"Our group is capable of creating wealth for all its stakeholders. But, at the same time, is also engaged in cutting back on the resources used to create such wealth. I believe this virtuous interplay has allowed our enterprise to grow in a truly sustainable way. Additionally, we continue investing to support the competitiveness of group companies: towards this goal, during the last 5 years alone (2014-2018), we have invested €210 million, of which €50 million during the current year," concluded Radici. (RR)

Dirk Vantyghem
EURATEX
Future lies in reconciling sustainability and...
Marc Maurer
On
On delivers industry-disrupting innovation
Bharat Ahuja
Desire Design Studio
Menswear brand of North West Delhi
Jeremy Bresnen
Ciele Athletics
All of our headwear is now fully recycled
William Lundgren
Label - Bite Studios
We believe there is a craft to caring for your clothes
Anita Dongre
AND
Designer, par excellence, Anita Dongre has been at the...
Shyamal Shodhan
Label - Shyamal and Bhumika
Indian fashion has come of age and evolved tremendously