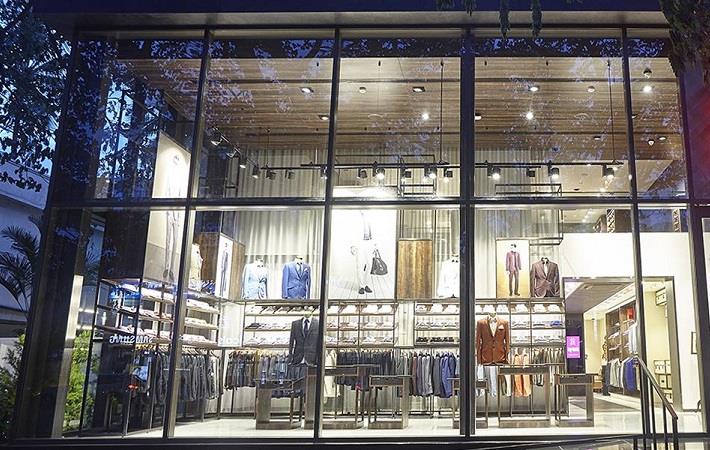 Pic: Raymond
Raymond Limited has reported a growth of 12 per cent net revenue year-on-year at ₹1,903 crore in the third quarter (Q3) of FY20 that ended on December 31, 2019. The net profit in Q3 surged 421 per cent to ₹196 crore compared to ₹38 crore in Q3 December 2018. Gain in the sales of garments and branded apparel are biggest driving factors of this growth.
The underlying net profit was ₹36 crore. The debt reduction during the quarter by ₹415 crore was led by ₹350 crore infusion from net proceeds of the land sale.
"Domestic consumption continued to be sluggish coupled with liquidity crunch in the trade channels impacting profitable growth during the quarter. However, the company continued to consolidate its market share with topline growth," Gautam Hari Singhania, chairman and managing director, Raymond Limited said while commenting on the results.
The surge in B2C shirting business has led to the growth of the branded textile sales at ₹866 crore. Suiting business grew marginally by 1 per cent impacted by lower offtake in trade channels & lower exports.
The branded apparel sales stood at ₹488 crore (higher by 29 per cent over previous year) was driven by strong performance in MBO channel & well supported by LFS & EBO channels.
Garmenting sales was higher 29 per cent at ₹239 crore over previous year led by the exports growth in US and Japan. Higher domestic fabric and yarn sales resulted in 5 per cent growth of luxury cotton shirting fabric sales at ₹168 crore.
Retail stores count as on December 31, 2019 stood at 1,584 across all formats covering about 2.44 million square feet of retail space. In-line with stated asset light network expansion strategy, Raymond opened 99 per cent of stores in the quarter under the franchisee model.
"The quarter also witnessed the deleveraging of balance sheet with over ₹400 crore primarily driven by the net proceeds of land sale. With a focus on value creation, during the quarter we also announced the demerger of Lifestyle Business as a separate business entity. This move will enable us to have a focused strategy and specialisation for sustained growth across our businesses," Singhania added.
Auto components sales decreased by 36 per cent at ₹41 crore over previous year. This was primarily due to weak domestic sentiments. While, the real estate business of the company has seen a good response from customers.
Raymond offers end-to-end solutions for fabrics and garmenting. It has some of the leading brands in its portfolio including Raymond, Park Avenue, Raymond Ready to Wear, Parx, and Color Plus amongst others. Raymond has one of the largest exclusive retail network in the textile and fashion space in India.