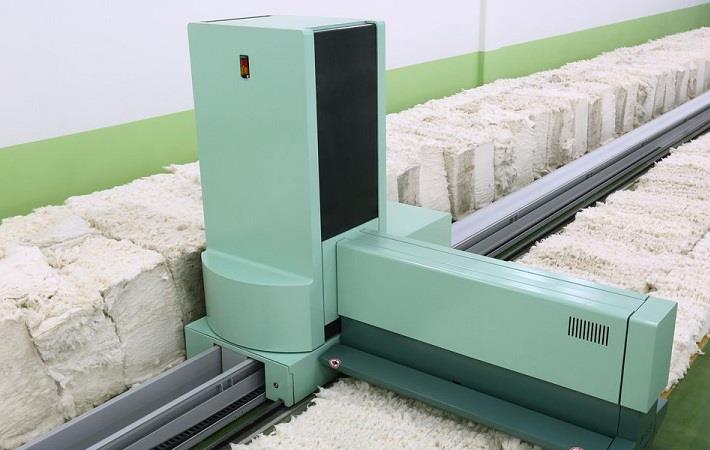 Pic: Rieter
The Rieter Group, world's leading supplier of systems for short-staple fibre spinning, reported a significant depreciation in sales by 29 per cent for FY19. According to the first, unaudited figures, total sales of CHF 760 million were achieved in FY19. At CHF 926.1 million, order intake was 7 per cent higher than in the prior year period.
The Group reported, that 2019 as a whole was affected by the trade conflict between US and China, excess capacity in the spinning mills as well as political and economic uncertainties in regions of importance to Rieter.
Due reduction in the sales of new machines, Machines & Systems registered a decline of 42 per cent.
Sales of Components reduced by 12 per cent compared to the same period in the previous year due to lower order intake as a consequence of reluctance to invest, the Group reported.
The 2 per cent year-on-year decline in the After Sales was mainly due to the lower volume in the machinery business (low demand for installation services).
Total sales in Asian countries (excluding China (-8 per cent), India (-32 percent) and Turkey (-57 per cent)) were down by 29 per cent. Other regions like North and South America (-3 per cent), Europe (-13 per cent) and Africa (-55 per cent) were not encouraging as well.
Following the low order intake in FY19, Rieter expects sales and earnings in the first half of 2020 to be significantly below the prior year level.
The Group is planning further measures to adjust capacities due to structural changes in the market situation. This concerns the locations Winterthur (Switzerland), Suessen and Gersthofen (both Germany), Enschede (Netherlands) and Boskovice (Czech Republic).
In the Machines & Systems, the assembly of machines will be discontinued at the Winterthur location affecting 87 jobs out of a total of 980 in Switzerland. In Components, a total of 90 jobs are likely to be lost at the locations Suessen, Gersthofen, Boskovice and Enschede.
With these measures, Rieter aims to cut running costs by around CHF 15 million from 2021. For the implementation of the adjustment measures, Rieter anticipates non-recurring expenses of approximately the same amount in 2020. The goal remains to successfully implement the ongoing innovation programme and to be able to respond quickly to increasing demand.
Rieter will publish the full annual financial statements and the 2019 Annual Report on March 10, 2020.