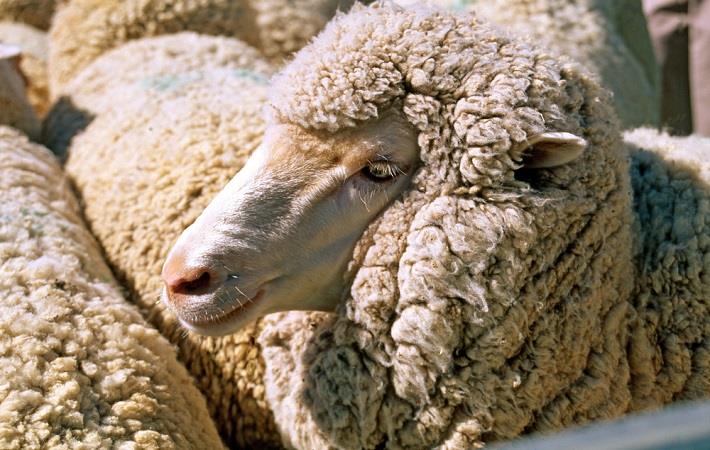 Pic: Shutterstock
On the back of fresh forward contract opportunities into China, Australian wool auctions this week saw significant price gains across every type and description on offer. The Eastern Market Indicator (EMI) moved up to 1117ac clean/kg which was 95ac or 9.3 per cent higher over the two days of selling this week. The USD EMI gained 73usc to 801usc clean/kg.
The week saw traders chasing the market hard forcing swift and imposing price increases on all sectors. "Unanimous buyer indications prior to sales were that a good market was to ensue, but the magnitude of the gains surprised almost all," the Australian Wool Innovation (AWI) said in its commentary on sale week 16 of the current wool marketing season.
Since the AUD was 0.7 per cent stronger against the USD, the USD EMI experienced a double digit percentage gain of 10 per cent for the week and moved up to 801usc clean/kg.
After falling to a low of 858ac and 631usc in the first week of September 2020, the market has now recovered by 30.2 per cent in AUD and 26.9 per cent in USD in just six weeks of sales. The AUD EMI is now sitting 1ac above the price of the July season opening sale and 28usc higher on the USD EMI. The AUD EMI has averaged 999ac for the season so far.
"Just over 27,500 Australian grown bales were put up for sale and this assisted to apply upward pressure on wool prices when combined with the enthusiasm of the auction buyers. Grower sellers appeared content with the prices available, evidenced by the very low passed in rate of 2.4 per cent," the AWI commentary said.
"Risk mitigation is the name of the game in these generally trying times and the buy then sell prompt methodology appears to be working in favour of those building inventory, confident that buyers are out there. For the past few weeks, overseas manufacturers and traders have generally followed the market all the way up, paying the price of the day to enable some wool to get on the water to factories said to be short on supply," AWI added.
Merino fleece and skirting prices ranged from 120ac to 160ac dearer. The strongest gains were on the superfine merino types finer than 18 micron and most of the better specified wools in this bracket were well over 200ac dearer. The finer end (< 27mic) of the crossbred wools were 60ac higher and the broader crossbreds 35ac better. Cardings gained 40 to 50ac. The market closed at the highest price point of the week for all descriptions.
Traders dominated all wool type sectors with first stage manufacturers only appearing in the top five of buyers lists within the merino skirting and carding sections. Competition stemmed mainly from the top four traders with some weighty purchasing numbers apparent.
Around 34,000 bales would be on offer at the auctions next week.

On the back of fresh forward contract opportunities into China, Australian wool auctions this week saw significant price gains across every type and description on offer. The Eastern Market Indicator (EMI) moved up to 1117ac clean/kg which was 95ac or 9.3 per cent higher over the two days of selling this week. The USD EMI gained 73usc to 801usc clean/kg.
More Australian Wool Innovation Limited News... More Textiles News - Australia...