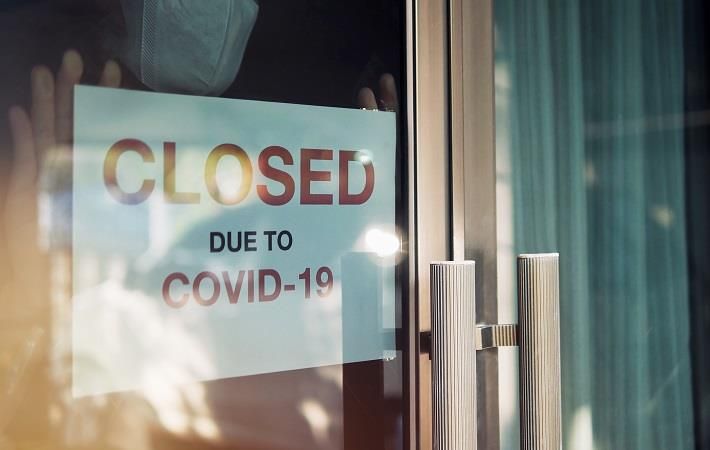 Many top apparel retailers, including Crocs, Christopher & Banks Corporation, JC Penny, Kohl’s, Macy’s, continued expanding store closures amid a worldwide dip in apparel sales. Many others, like British luxury fashion house Burberry, dedicated their resources to support those affected by the infection.

Companies across the world kept busy manufacturing PPE, such as goggles, face-shields, masks, gloves, coveralls, gowns, head covers and shoe covers, either to cater to domestic needs or for export. The Indian health ministry asked over 10 domestic manufacturers to produce PPE after suitably amending PPE standards.

Companies suffered significant cancellations or postponements, and on an average, orders dropped by 8 per cent, according to a survey by Zurich-based International Textile Manufacturers Federation (ITMF).

The World Bank’s board approved a first set of emergency support operations for developing countries, using a dedicated, fast-track facility for COVID-19 response. The first group of projects worth $1.9 billion will assist 25 countries. In addition, the bank is working worldwide to redeploy resources in existing projects worth up to $1.7 billion.

The US Food and Drug Administration issued a guidance to help expand the availability of surgical apparel, include gowns, hoods and surgeon's and patient examination gloves, for health care professionals. The policy is intended to continue till the crisis situation ends.

The Export Credit Guarantee Corporation of India, which offers export credit insurance support to Indian exporters, extended the time limit for all returns, extension requests and default notification of policyholders till 31 May and the deadline for filing claim, reply to claim queries and representations till June. The Specific Shipment Policy expiring in March was extended automatically up to June. It also announced some measures for banks.

The Small Industries Development Bank of India (SIDBI) launched the SIDBI Assistance to Facilitate Emergency response against coronavirus (SAFE) scheme for micro and small enterprises (MSEs) engaged in the manufacturing of products or offering services related to fighting the pandemic.

India also extended the existing foreign trade policy till March 2021 and urged the countries with which it has free trade agreements to allow import of goods now without certificate of origin as domestic authorities are currently not issuing the document on account of the lockdown.

On the other hand, Indian exporters urged the government to take measures like allowing them to operate factories with minimum workforce, offering subsidy on interest rates and extending incentive schemes to deal with the crisis.

At least a quarter of garment workers in Bangladesh have been fired or furloughed because of declining global orders, according to the Penn State Center for Global Workers' Rights.

Many US and European Union partners sent notices to Vietnamese garment and textile businesses informing they will temporarily stop receiving goods for three to four weeks. Vietnam’s garment and textile industry may lose up to VND 11 trillion if export orders continue to be stopped, delayed and cancelled, the Vietnam National Textile and Garment Group (VINATEX) said. Thousands of Cambodian garment workers lost their jobs as global markets contracted.

Important differences in the ethical buying behaviour are becoming very apparent in the way brands and retailers are either simply dropping their suppliers or trying to confront this crisis in a more collaborative manner, a joint report by the International Apparel Federation (IAF) and ITMF said. In Bangladesh alone, up until March 29, 1025 factories reported 864.17 million pieces worth $2.81 billion of exports getting cancelled or held up affecting 2.06 million workers.

Copenhagen-based IndustriALL Global Union said unless measures are taken by governments to protect factories and workers to enable them to survive the crisis, the short-term decisions being taken by brands and retailers to renege on existing contracts will end up destroying the very businesses they are seeking to protect.

However, in a big relief to manufacturers in Bangladesh, six brands—Sweden’s H&M, Spanish clothing company Inditex, British retailer Marks and Spencer, France’s Kiabi and US retail firms PVH and Target—informed the Bangladesh Garment Manufacturers and Exporters Association of their decision to accept the ready goods along with the goods in production.

The global economy could shrink by up to one per cent in 2020 due to the pandemic and may contract even further if restrictions on economic activities extend without adequate fiscal responses, the United Nations Department of Economic and Social Affairs said. Millions of workers are at risk of losing their jobs as nearly 100 countries close their national borders, it found. That could translate to a global economic contraction of 0.9 per cent by the end of 2020, or even higher if governments fail to provide income support and help boost consumer spending, the UN said.

India Ratings and Research slashed its gross domestic product (GDP) growth estimate for India for fiscal 2020-21 to 3.6 per cent from 5.5 per cent because of the pandemic and the nationwide lockdown till April 14. While rating agency ICRA said the country’s GDP is likely to contract by 4.5 per cent in the April-June quarter this year and will rise by only 2 per cent in 2020-21, Moody’s Investors Service slashed its estimate of the same during 2020 to 2.5 per cent from the earlier 5.3 per cent.

India's fiscal deficit in fiscal 2020-21 is likely to shoot up to 6.2 per cent of the GDP from the government estimate of 3.5 per cent as a result of the economic stimulus package, Fitch Solutions said. It had earlier estimated the figure to be 3.8 per cent of GDP.

The Indian apparel industry could take a hit of almost ₹1 lakh crore due to the lockdown, according to the Clothing Manufacturers Association of India, which concluded that almost 50 lakh jobs in the apparel industry are at risk.

While the UK Fashion and Textile Association (UKFT) urged the British government to provide support for individuals or companies that are not eligible for any of the existing COVID-19-related protection schemes, retail trade organisations in the United Kingdom jointly launched a campaign to raise £10 million for retail workers facing financial distress.

US retail giant Macy’s announced it would furlough most of its 1,30,000 employees while others like Burberry forecast a staggering 70-80 per cent drop in sales. UK-based retailer Primark announced a cancellation of all new orders and Inditex has already written off some $336 million worth of inventory.

With the number of infected showing no signs of diminishing worldwide, it seems the textile-garment industry’s wait and the retail sector’s eagerness to see light at the end of the coronavirus tunnel will continue for now.