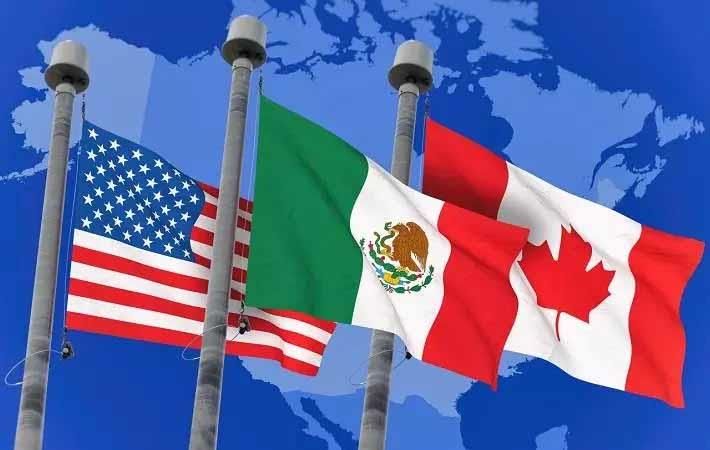 US President Donald Trump, Canadian Prime Minister Justin Trudeau and Mexican President Enrique Pena Nieto signed the United States-Mexico-Canada Agreement (USMCA), the revised version of the North American Free Trade Agreement (NAFTA), on the sidelines of the G20 Summit in Buenos Aires on November 30. The road to rewrite the NAFTA was a ‘battle’, Trump said.

The deal's completion lifts the economic uncertainty created by the acrimonious 15-month negotiation process, an uncertainty that ‘only would have gotten worse’ had the parties not reached a new agreement, Trudeau said at the signing ceremony.
US President Donald Trump, Canadian Prime Minister Justin Trudeau and Mexican President Enrique Pena Nieto signed the United States-Mexico-Canada Agreement, the revised version of the North American Free Trade Agreement (NAFTA), on the sidelines of the G20 Summit in Buenos Aires on November 30. The road to rewrite the NAFTA was a 'battle', Trump said.#

The White House released remarks by the three leaders at the signing ceremony on its website.

Both Trump and Trudeau noted the deal was signed on Nieto's final day in office and thanked him for his work.

The agreement now proceeds to ratification in each country. While not much problem is anticipated in Canada and Mexico, a harsh debate is likely in the United States due to a Trump-unfriendly Democratic majority in the House of Representatives. As the approval process will take some time in the United States, most of the new USMCA provisions won’t go into effect until 2020.

US Trade Representative Robert Lighthizer told reporters after the ceremony that the United States believes its tariff protections have been successful, even in the face of World Trade Organisation challenges from Canada and others over its use of ‘national security’ provisions to prop up sometimes less-competitive domestic industries, according to US media reports.

The chapter on agriculture in the deal has reportedly not alleviated the Canadian agriculture industry’s fear that the United States strong-armed its way to getting more than Canada intended to give up, according to a Canadian newspaper report.

Other documents related to the agreement that were signed include a critical side letter on the automotive sector that could ensure Canada avoids punitive tariffs on its car exports to the United States if the Trump administration proceeds with threats to begin taxing foreign vehicles and automotive parts at up to 25 per cent.

Today Pena Nieto will be replaced by Andres Manuel Lopez Obrador as the Mexican president. Obrador is a left-wing politician who has earlier questioned the value of the original NAFTA and international trade.

A striking difference in the new deal involves protections for workers in all the three countries. Mexico has agreed to pass laws offering workers the right to real union representation, to extend labour protections to migrants workers and to protect women from discrimination.

And unlike NAFTA, the new deal allows each country to sanction the others for labour violations that impact trade.

USMCA puts in a 16-year ‘sunset’ clause, i.e., the terms of the agreement expire after a set period of time. The deal is also subject to a review every six years, at which point the three countries can decide to extend it.

The US National Retail Federation welcomed the signing of the new agreement and urged the US Government to remove steel and aluminum tariffs from Canada and Mexico. (DS)

Nischal Puri
Artimas Fashions Pvt Ltd
One8 innerwear’s philosophy is comfort and style for youth
Jeremy Bresnen
Ciele Athletics
All of our headwear is now fully recycled
Juan Pares Boj
Textile Santanderina
In process of developing product line of technical sports...
Gavin McIntyre
Ecovative Design
Potential applications for mycelium materials are endless
Akanksha Redhu
Akanksha Redhu
The best way to engage with followers is to create a...
Simona Rimkiene
Label - Not Perfect Linen
The beauty of linen is that it is not perfect
Samar Firdos
Arvind Ltd
Denim goes sustainable