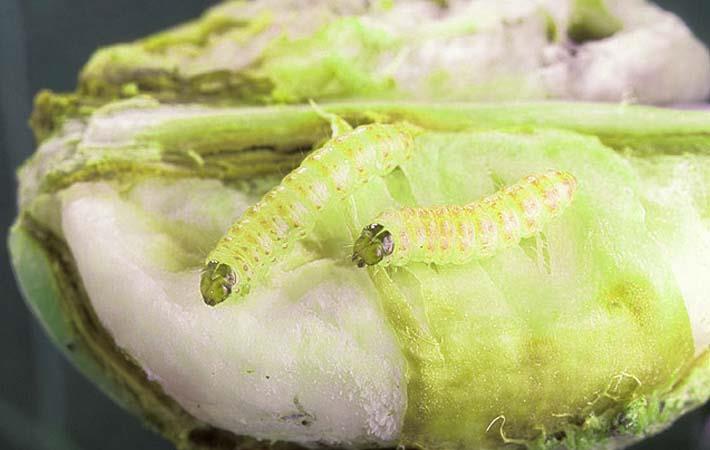 After more than 100 years, US cotton is free of the devastating pest-the pink bollworm. The pest has cost US producers tens of millions of dollars in yearly control costs and yield losses, which now will be saved. The eradication was possible due to rigorous control and regulatory activities carried out by several government agencies and farmers.
Eradication of pink bollworm took years of committed research by Agricultural Research Service (ARS) of the US department of agriculture (USDA) and included planting transgenic cotton, using insect pheromones to disrupt mating, releasing sterile insects to prevent reproduction, and extensive survey. Many of the research findings by ARS became management strategies used by USDA's Animal and Plant Health Inspection Service (APHIS) and cotton growers in their battle against pink bollworm.
Besides USDA, state departments of agriculture, the US cotton industry, and growers also contributed in control and regulatory activities, which resulted in the US government lifting the quarantine for pink bollworm, Sonny Perdue, US secretary of agriculture said in a USDA press release.
"Removing pink bollworm regulations eases the movement of cotton to market both domestically and internationally because farmers will have fewer restrictions to deal with, like fumigation requirements. This welcome development comes just as cotton harvest is in full swing across the southern United States," said Perdue. "Cotton growers were critical to this success, banding together to carry out a coordinated, multi-state programme and shouldering 80 per cent of the programme's cost. The coordinated effort demonstrates the value of partnership, investment, and putting our research close to and beside the farmers we serve."
Pink bollworm was first detected in the US in Hearne, Texas, in 1917. Extensive efforts by the Cooperative Extension Service in coordination with individual producers eliminated the infestation in Texas and Louisiana in 1919. In the 1930's, the pest re-invaded the Rio Grande Valley of Texas. By the mid-1950's, the pest had spread to surrounding states and eventually reached California in 1963.
In 1955, APHIS established domestic pink bollworm regulations. At the height of the programme, 10 states (Arizona, Arkansas, California, Louisiana, New Mexico, Oklahoma, Texas, Nevada, Mississippi, and Missouri) were quarantined for this pest. Many of these infestations were suppressed through cooperative federal, state and industry programmes. By 2003, only Arizona, California, New Mexico, and Texas remained under regulation. (PC)

After more than 100 years, US cotton is free of the devastating pestâthe pink bollworm. The pest has cost US producers tens of millions of dollars in yearly control costs and yield losses, which now will be saved. The eradication was possible due to rigorous control and regulatory activities carried out by several government agencies and farmers.
More United States Department of Agriculture (USDA) News... More Textiles News - United States Of America...