US industry supports robust domestic procurement for PPE in USICA 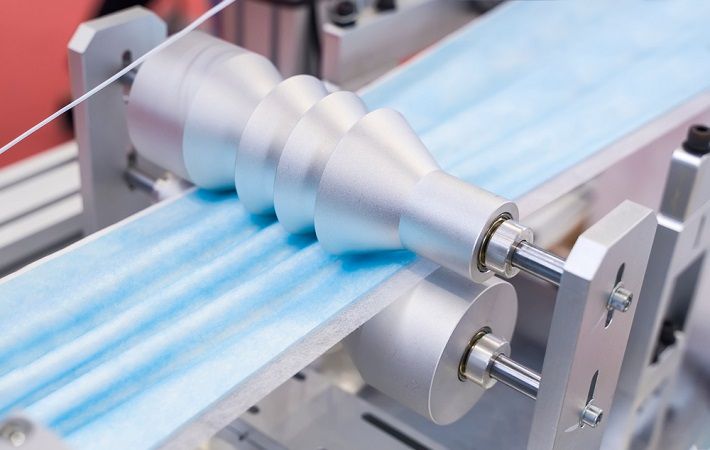 Pic: Shutterstock
The US Innovation and Competition Act (USICA), currently being considered by the Senate, should include robust domestic procurement policies for personal protective equipment (PPE), a broad coalition of around 20 industry organisations and labour unions has said. The coalition said long-term government contracts can provide purchasing certainty.

The coalition, representing a broad spectrum of manufacturers and workers who stepped up to make essential PPE throughout the COVID-19 pandemic, has sent a letter to Senate Majority Leader Chuck Schumer (D-NY) and Senate Minority Leader Mitch McConnell (R-KY) expressing strong support for the inclusion of robust domestic procurement policies for PPE in the USICA.

“Specifically, we urge you to ensure broad government coverage for domestic PPE procurement by extending rules for PPE procurement substantially similar to the Berry Amendment to the federal government’s largest buyers of these products, including the Departments of Homeland Security (DHS), Health and Human Services (HHS), Veterans Affairs (VA), and Defence (DoD),” the coalition said in the letter.

“We thank you for including such a provision in Section 4153 of the USICA, which is substantially similar to the bipartisan Make PPE in America Act (S.1306) introduced earlier this year by Senators [Gary] Peters and [Rob] Portman,” the coalition wrote.  “As you consider legislation to respond to the legacy of manufacturing and technology offshoring to China, provisions like Section 4153 are vital to reduce US dependency on China for vital medical supplies.”

“Last spring when our national PPE crisis was on the nightly news showing workers wearing garbage bags as gowns and reusing N95 masks, our severe overreliance on China for PPE revealed the undeniable fact that the lack of US production of PPE is a threat to our national security and the public health of the American people,” the letter stated.

However, “despite PPE shortages and supply chain disruptions, American workers stepped in to fill an enormous void. As a result of its sweat and ingenuity, US manufacturing produced over a billion critical PPE items such as face masks, isolation gowns, and testing kit swabs for health care and frontline workers, as well as the American people… For the first time in years, America makes PPE again,” the coalition added.

For this trend to continue, however, the coalition stressed that “the emergent US PPE industry needs the purchasing certainty that long-term government contracts can provide.”

“We need a strong, vibrant, redundant wholly US PPE supply chain to help protect us from the next public health crisis. We urge you to ensure that the US Innovation and Competition Act extends domestic purchasing requirements for PPE to the four critical departments with the largest federal purchasing power for these products—DHS, HHS, VA, and DoD,” the letter read.

As container ships wait to dock in a traffic snarl, creating a strong ...