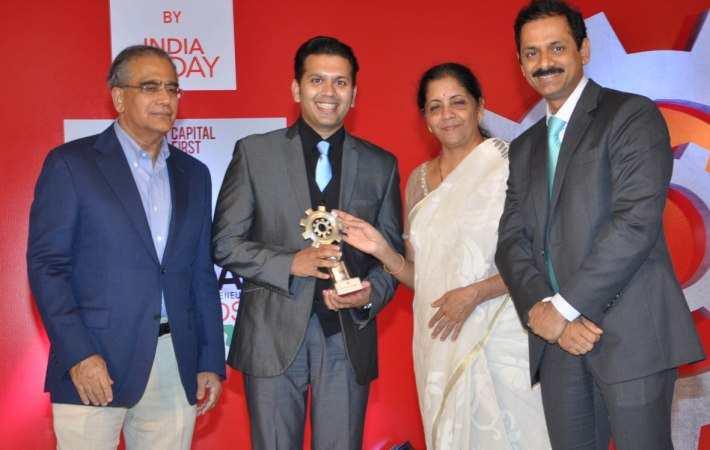 Viral Desai, CEO of the Surat based dyeing and processing house, has won the India Today 'Make in India Emerging Entrepreneur Award 2016' in the textiles and garments category.

âIt was a big honour to be the only textile industry from India being nominated and selected by the prestigious India Today Group and its knowledge partner Fourth Lion Technologies for theÂ award,â a statement from Zenitex said.

The award was presented to Desai at a ceremony held in New Delhi on July 1.

As part of the award process, the India Today team first shortlisted more than 80 companies in the textile sector and after vigorous analysis based on the potential, brand, contribution to industry, uniqueness, entrepreneurship and other parameters.

The objective of the awards is to identify and reward successful Indian manufacturing companies that exemplify the spirit of 'Make in India'. The award was given in ten sectorsâbiotechnology & pharmaceuticals, food processing, automobiles,Â textile and garments, defence and aviation, electronics systems, construction, leather, renewable energy and innovation.

On the sidelines of the awards function, Desai had the privilege of interacting with Union minister for micro, small and medium enterprises Kalraj Mishra, minister of commerce and industry Nirmala Sitharaman, NITI Aayog CEO Amitabh Kant and India Today's Aroon Purie.

During the interaction, Desai modestly expressed his ideas to these intellectuals, which will enable the SMEs gain momentum towards a green future and increase its contribution to energy conservation, environmental protection and social responsibility initiatives and create a harmonious and win-win situation between the corporates and SMEs which make the big chunk of industrial output. âThe ideas were welcomed positively,â said Desai. (RKS)

25% Bangla garment manufacturing to be automated by 2023

A quarter of garment manufacturing activities in Bangladesh will be...

BCI to cease all field-level activities in China's XUAR

Sustained allegations of forced labour and other human rights abuses...

For.Tex is an Italy-based leading producer of dyes and thickeners, and is...