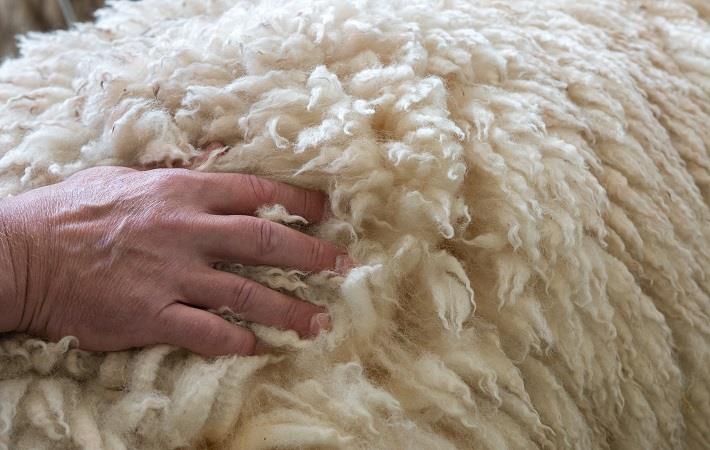 Pic: Shutterstock
As the world watches the progression of the coronavirus and postulate on the possible economic implications, the widely held expectations of a degradation of values of all global markets has largely failed to materialise as yet. Wool is no exception and leading wool value indicator, the AWEX EMI has actually risen during the period since disease outbreak.
The value of the Australian Wool Exchange (AWEX) Eastern Market Indicator (EMI) in Australian currency has gained 20ac clean/kg from 1548ac to 1564ac and in US currency the value has increased by 11usc from 1043usc to 1054usc. The current market values are holding pretty well true to the current season averages of 1553ac and 1059usc.
Meanwhile, during the sale week 33 ending February 14, wool markets continued to surprise with solid results arising from Australian wool auctions. Merino lines dropped away just slightly along with the carding sector, but the crossbred wools managed to push upward with some large spikes at the finer end of the offering.
The buying interest from outside China was very evident and has at times been dominant, particularly on the better style and specifications within the Merino fleece sector. This unusually strong purchasing intent from Europe has largely been the support mechanism for the Australian market over the past few weeks.
The EMI drifted back by 9ac or 0.6 per cent over the three days of selling this week to close at 1568ac clean/kg. The EMI in US dollars (USD) was harder hit as the AUD devalued against the USD. The result was a 1.2 per cent or 12usc lower USD EMI of 1054usc clean/kg, which will help overseas users buying their wool in that currency.
Merino fleece and skirting types were quoted generally cheaper on the price guides, but this was made up by the better specified sale lots being 5ac to 25ac dearer and poorer specs a minimum of 30ac cheaper. Cardings fell 25ac but crossbreds enjoyed strong gains of 45ac for lots finer than 29 micron. Once again, the auctions featured a very high passed-in rate of 22 per cent and 12 per cent withdrawn prior to auction.
"Large expenditure of capital by the major buyers has been maintained throughout the past three weeks. That expense is plain to see and easily calculated. If shipments are delayed significantly, the cash reserves of these buyers and exporters will surely be tested in coming weeks. Some of the wool selling brokers have offered a week extra grace period to pay for wool purchases but that good intent represents far less than half of the offered quantities each week. This is most helpful and appreciated by exporters with delayed contracts, but obviously not the panacea to the larger potential issue," the Australian Wool Innovation (AWI) said in its weekly report on the wool market.
"One of the major roadblocks on the horizon for wool export, will be the immediate lack of containers and vessels arriving from China. The shipment of wool relies on the import of goods from China into Australia to get the wool back to Chinese factories. This is relevant not just for the physical transfer, but also for the discounted cost. Ships heading back to China are usually very competitive for freight rates and if we use the comparative analogy of a 'backload discount' we enjoy at times in Australia in the trucking industry, these shipping costs have been exceptionally low for years," the AWI report added.
Full container load (FCL) rates are expected to have severe upward pressure placed upon them as well as the applicable port charges until the current China situation remedies itself. That’s all of course subject to vessel availability as authorities work their way through the ability or not of the virus to live and transmit contagions on non-organic matter. Information from the Journal of Hospital Infection indicates from initial studies that the virus is able to live for at least a week on surfaces. Whether vessels and the FCL’s on board are allowed to enter Australia or have a withholding period remains unknown.
Around 43,000 bales are scheduled for auction next week.