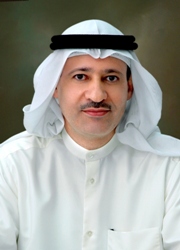 Ahmad Al-Jemaz was elected as the new chairman of the board and Jehad Al-Hajji as deputy chairman with the membership of Mutlaq Al-Azmi and Nasser Al-Anzi as representatives of KNPC and PIC, as well as Fuad Akbar representing QPIC.

With investments worth over USD 2 billion, KARO owns aromatics and styrene facilities in Kuwait. Owning 100% of Kuwait Paraxylene Production Company (KPPC) with products including 829,000 metric tons annually (MTA) of Paraxylne, 363,000 MTA of Benzene and 80,000 MTA of Heavy Aromatics. In addition, KARO owns a 57.5% stake in The Kuwait Styrene Company (TKSC) producing 450,000 MTA of Styrene Monomer.

Commencing production in 1997, EQUATE is the single operator of a fully integrated world-scale manufacturing facility producing over 5 million tons annually of high-quality petrochemical products which are marketed throughout the Middle East, Asia, Africa and Europe.