The Petrochemical industry of any nation is representing or we can consider as an indicator of the social and economic development level of the respective countries. In 1990 to 2000 and in first decade after 2 K, Indian GDP rate remain healthy with the help of this sector. In recent month we have found some rapid increase in input cost of this industries mainly due to increase in Crude oil price which is currently beyond US$ 110 since last few months, this has impacted the growth and margins of the industry badly. Indian domestic industry has borne the brunt of increase in input cost and the demand growth is expected to remain from in 2005 to 6.6% in 2006.

Indian petrochemical is dominated by the olefins manufacturer following to global trend, in Indian market olefins represent 72% of total commodity resins consumed. In year 2006 when overall demand was grown by 6.6%, the demand for polyolefin was increased by 10% in same year. In year 2007 demand for olefins was 5206 KT, and In year 2008 it is expected to grow with 7.3% and may reach to 5589 KT. In recent year and in 2009 Indian petrochemical is going to see some major expansion. It is expected that due to increase in domestic production, consumption will also increase and product export may shrink for short time period, but in the forthcoming year export will certainly increase with the help of value addition in the products.

In current year demand is expected to remain stable and will start increase by the end of this year with the help of increase in major feedstock material like naphtha. Experts also believe that with in next five year India will emerge as a net petrochemical exporting country. The continuous growth in demand of olefins will absorb the additional production capacity as described earlier. By the year 2012 India will need to add 3.3 million Metric Ton in annual polymer production capacity. 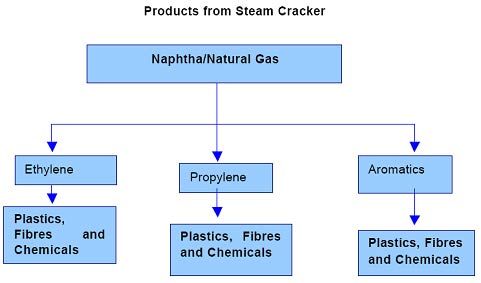 In Indian petrochemical industry polyolefin consist share of more than 70% of total polymer production capacity in India 2007. Ethylene and its various derivatieves registered more than 10% of growth during year 2006. e.g. Consumption of LDPE increased by 9% and LLDPE consumption was increased at 12% rate during 2007 and expected to remain continue during year 2008. PP also grew at the rate of 7.5% in year 2007 and is expected to add another 1.5% in it, by the end of year 2008. 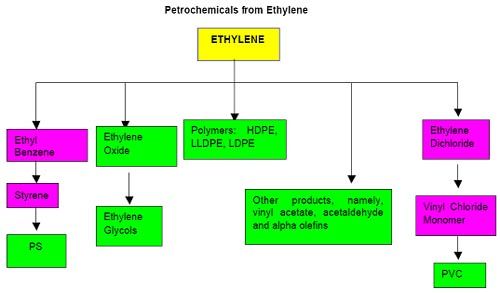 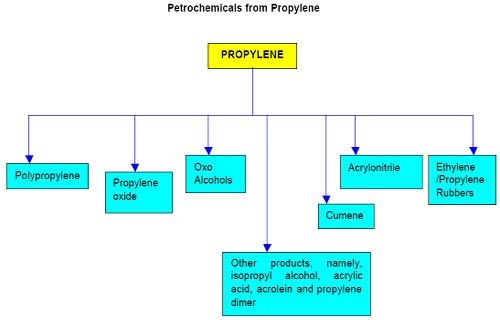 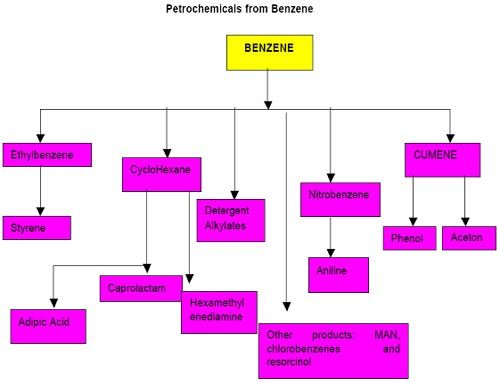 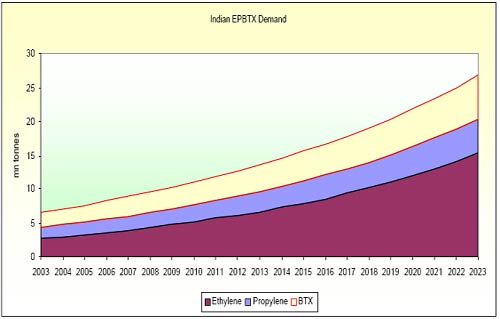 Textiles Fibers and Intermediates In 2011

* PTA and other equivalent chemicals

Indian Textile Industries are all set to achieve 12% CAGR with increase of 16% volume in current production capacity. Export will also boost up to 6% in global textile trade by the end of 2011. Fabrics made from Natural fiber are expected to surge by 90,000 Million Sq. Mtr by the end of 2011 from its last year level 57000 Million Sq. Mtr. Synthetic fiber manufacturer can feel relax as adequate amount of Naphtha will remain available for them as many new refineries are adding new production facilities.