Electrospinning polymers from the Molten state 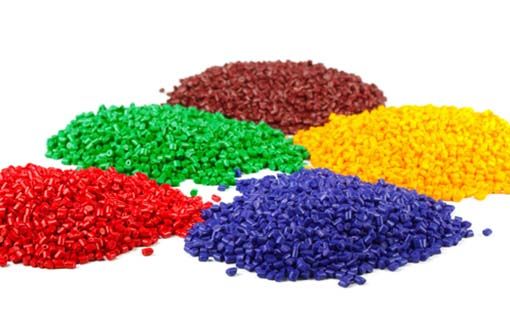 Electrospinning can be described as a process to produce fibers ranging from a few nanometers to several micrometers in diameter. This process utilizes the electrostatic attraction between a charged polymer and a grounded or oppositely charged collection plate within an electric field. When the electrostatic attraction overcomes the surface tension and viscoelastic components of the polymer, the polymer droplet will extend into a cone as described by Taylor before elongating into a fine jet. This jet may possess both stable and unstable regions before hitting the collection plate and becoming grounded. An example of a typical electrospinning set-up can be seen in Figure 1.

There is evidence dating back over 400 years when Gilbert showed that when a piece of rubbed amber is placed near a water droplet on a smooth surface, a cone can be formed. In 1745, Bose was the first to describe the process of electro-hyrdodynamic spraying of fluids and later in 1882, Rayleigh expanded on the field by studying thin liquid jets when placed in electric fields and their stability criterion. It was not, however, until 1934 when Formhals was issued the first patent on the formation of artificial threads, that electrospinning as it is known today, was born. Although there were a few papers trying to quantify and experimentally describe the electrospinning process, it was not until the early 1990s that a re-birth was witnessed. Through the work of Reneker and colleagues, electrospinning was experiencing rapid growth and many new scientists were emerging in the relatively unexplored field. During this time, nearly every polymer that was soluble was a potential candidate for the electrospinning process. Many of the early experiments were focused on materials that were soluble in water including Poly(ethylene oxide) due to their low cost and the overall availability of water.

Throughout this time, there was very little work being presented or being published on the subject of electrospinning of polymers from the molten state. The likely reason behind this is that the research was being driven to produce the smallest fiber diameter possible. The nanotechnology revolution was being born and the NSF defined nanomaterials as materials having at least one dimension smaller than 100 nanometers. In the case of polymeric fibers, this dimension would be the fiber diameter. Lorrando and Manley experimented with molten polypropylene at small distances. The polymers that they worked with possessed melt flow indexes ranging from 0.5-2.0. Lorrando and Manley experimented with a collection plate distance up to 3 centimeters and were able to get potentials as high as 7kV before discharge into the air began to occur. The fibers that were obtained from this process were in excess of 50 micrometers. This large fiber diameter was attributed to the viscosities that can be many orders of magnitude larger than viscosities experienced when electrospinning from solution.

It is worthy of note that when producing fibers from solution electrospinning, upwards of 90% of the material being electrospun will evaporate throughout the process. The evaporation of the solvent is a significant factor in the extreme reduction in diameter of electrospun fibers. This is a luxury that molten fibers do not possess. Viscosity has been shown to be one of the most crucial experimental parameters in producing electrospun fibers with smaller diameters. For the most part, polymer melts have a higher viscosity than polymer solutions and as a result, have much larger fiber diameters when electrospun. Deitzel showed that as the concentration is increased in a polymer solution, therefore increasing the viscosity, there comes a point when electrospinning is no longer possible.

However, there are certain steps that can be done to lower the viscosity of a polymer melt. It is possible to electrospin a polymer of lower molecular weight from the melt or to combine the melt with a plasticizer but these will have an adverse effect on the mechanical properties of the produced fiber so an alternative must be sought. It is an absolute necessity to have precise control on the processing temperature when electrospinning from the melt. Some polymers are more difficult to melt electrospin because a sizeable gap between the melt temperature and degradation temperature is desirable to be capable of lowering the viscosity as much as possible without having a major impact on the resultant mechanical properties.


It is only a matter of time until this phenomenon can be consistently reproduced when this happens, solution electrospinning will be a procedure of the past.