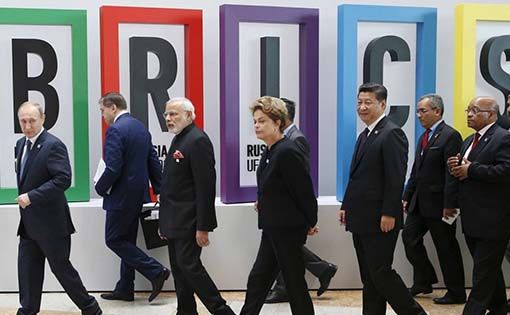 US is in the state of recession, alongside the sobering realities of credit crunch, and rising commodity prices. Earlier, on the first week of September the US Government took over the two key players of the mortgage market, Freddie Mac, and Fannie Mae. Merrill Lynch was bought by Bank of America and insurance giant AIG took a package of $85 billion USD from the US Government. Later the turn of financial events of the country reached a dizzying pace when Lehman Brothers, the fourth biggest bank in US filed for bankruptcy as the Government refused to bail it out. Bail out is a process in which the US authorities along with the treasury secretary put $700 billion from the taxpayer's money and buy toxic sub-prime mortgage debts from the banks so as to enable them to come out of the crisis and start lending money to each other and also to ordinary Americans. Bail outs may help the banks to breathe, but the housing markets remain in an awful state with prices crashing down the least in the past 17 years.

The housing debacle in US actually started during 2007 causing a credit crisis. This has affected the US stock market which is considered as a ' barometer of confidence' in the economy. Bankers and investors are now feeling reluctant to lend money even to fellow bankers. The negated level of confidence is escalating the short-term interest rates, making the central banks to pump in more billions of dollars to quieten the world market. A credit crisis causes even a greater crisis to the confidence level. This turmoil in the credit market has brought down the value of Lehman Brothers holdings putting thousands of high pay jobs in peril. Economic prospects worldwide would continue to weaken further until the confidence is recovered.

For a mid size house in places like Stockton, Las Vegas, and Calif, values are decreasing incessantly. Places like New York and San Francisco are in a better position comparatively with Florida and South California where prices have fallen by 20%. Many brokers who intend to sell homes at the high end persuade the seller to list the house at an attractive price. They do this with an intention to drum up the interest and create a buzz.

Since the market melt down, now; the challenge for the central bankers is restoring the confidence in the world markets. In the past financial markets were dependent on the foreign investors for capital. Now, with the occurrence of unfavorable events in Freddie Mac, and Fannie Mae, Asian investors have already lost their sleep. The Lehman Brothers bankruptcy was the last straw on the camel's back. The havoc increased further with Russia shutting its stock market temporarily, and UK's HBOS bank to be taken over by Lloyds TSB. US manufacturers are now waiting apprehensively to see if the meltdown will freeze the credit and threaten customers who are already shaken by the economy.

In this period of financial crisis, buyers feel silky, and are reluctant to purchase flashy properties for reasons other than the cost. They believe that US market is not a profitable place to invest and are stepping back for a short time to observe the turn of the events and make sure that things stabilize. Some customers have decided to put the building projects on hold until the markets get balanced and they are able to obtain finance. Current financial crisis is chipping away the consumer's confidence and is making them conservative with their holiday spending for Thanks giving and Christmas. Items like clothes and shoes will be curtailed in their shopping budget.

On the contrary, emerging markets of BRIC countries like India, China, Brazil and Russia are on their wings to have an optimum utilization of this opportunity and utilize this imminent shift in economy. Companies like Uniqlo, Lindex, and Berghaus have already established their operation basis in BRIC countries. This short term shift to emerging markets will be a potential option for retailers to survive through tough times.

By:
Fibre2Fashion
Published: Oct 2008
Tags :
Reuse this Content
Our Clientele