Indian Credit Market gets the Pang of US Recession

US consumers are caught between the Scylla and Charybdis of rising commodity prices and credit crunch. The resulting recession in the US economy is sending shivers all across the globe. A terrible earthquake with a magnitude of 9 on the Richter scale would be less panicking. The effect of US debacle slowly spreads an uncertainness among other countries; worldwide. No country is immune to the effects of the US slowdown. 'Globalization' is the prime reason for this infection. Every country has now become integrated with every other country. From raw materials, to finished products, services and capital, it became possible for businessmen and manufacturers to source anything from anywhere. The term which made easy; the process of doing business has now become a bugbear.

Indian textile industry is integrated with the US economy to the extent, that the effects of recession is visible in the downstream of fabric exports due to the decreasing demand from US and European markets. With a decrease in demand for retail garments, Indian fabric manufacturers are restricting their production volume. Simultaneously, this also affects the yarn production, making it to decline. Financial turmoil in the US is likely to have a grave influence on Indian textile manufacturers as almost 50% of the total textile production is being exported to US and EU. Weakening of the US dollar also foretells issues for the Indian exporters. Indian export sector, which is already suffering from the depreciating value of dollar, will feel the recession much more intensely. 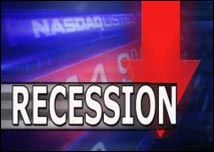 Until a few months before RBI was taking initiative to restrict the flow of money. Now with the recession, the condition turned topsy-turvy. An unprecedented financial crisis is seen in the domestic as well as the global markets. There is always a potential risk in the Indian credit market due to the changes in the global market conditions. Despite the fact that Indian markets offer high returns, still industry analysts predict that there would be pressure on the capital inflows. Liquidity is getting tight affecting the money markets since they, being interlinked with each other, the infection spreads among them quickly. Blocked credit markets may freeze the economic growth of the country. Financial crisis in US is freezing the credit markets all across the globe; gradually. The bank is now liberalizing its bans on capital inflows and is turning on the money tap. Credit crunch in US not only affects the Indian exports, but also the money that is being invested in India from abroad. American companies will have less money to invest in other countries including India.

Now, the concern of every country is to ride out of the storm without much damage. When the financial condition on a country goes down, it concurrently brings some players down with it. In today's tumult 'globalization' has been replaced by 'decoupling'. It is the notion of every country to encapsulate itself and avoid being influenced by the US recession. The Government is under the responsibility of restoring the consumer's confidence.