March 2009 is waiting for some mega events which will put on view machinery innovations to the textile world. Textile fraternity is expecting to generate some good business through these trade fairs in this otherwise crisis driven times. 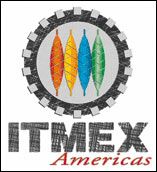 Out of total export of 327 million Euro worth of textile machineries to Brazil, Germany accounts for 116 million Euros capturing 1st position in machinery export to Brazil and leaving other competitors like Italy, Japan way behind.

Considering above figures and to further conquer its position in Brazilian market, VDMA Textile Machinery Association organized a special event called ITMEX Americas 2009- International Textile Machinery Trade Show to come closer to Brazilian machinery buyers. The fair is going to be held in Sao Paulo, Brazil. The four day event will start from 10th March and will conclude on March 13th, 2009. German government is supporting VDMA in its initiative.

Full spectrum of machinery in the areas of spinning, weaving, finishing and clothing machinery will be displayed in the fair. Approximately 400 exhibitors are going to showcase their latest technology in front of 40,000 expected visitors.

It is expected that Oerlikon will be displaying range of its machines like Autoconer 5 an innovating winding machine, Autocoro and BD line rotor spinning machine by Oerlikon Schlafhorst, Zinser roving frames - Zinser CompACT and some other state of the art technology.

Pakistan is a leading name in Asian region, bidding for 4th position in world for cotton production. In Asian region the nation accounts for 7.6% of the spinning capacity. In period of 2007-08, Pakistan imported textile machineries worth US$ 425 million (approx.) and over a period of 6 years invested 7 Billion USD in an effort to improve production capacity.

In order to boost Pakistan textile industry further and with aim of providing one-stop solution for all textile related requirements, Pegasus Consultancy is organizing Megatech Pakistan - 2009. The event is 7th consecutive edition and has remarkable history of success. The 7th event, International Machinery Exhibition of garment and textile technology, Megatech Pakistan 2009, will be staged at Karachi Expo center between 3rd to 6th March. The show which is being supported by Ministry of Pakistan will be covered extensively by various media worldwide.

The show is expected to see good success with its approximately 180 participants displaying their state of the art technologies to more than 8000 expected visitors from across the globe. Major crunch, approximately 70%, of exhibitor's pie consists of foreign participation. The show will also witness substantial amount contribution from local manufactures. Around 26 domestic manufacturers are likely to participate in the exhibition. Some leading countries which are going to display their machineries are Belgium, China, Germany, Italy, India, U.K., USA etc.

This March, Pakistan will host two important Trade fairs. Along with Megatech-2009, Pakistan is also going set stage for IGATEX -2009. 6th edition of IGATEXTM Pakistan will be held in Lahore city at one of the finest Expo center of Pakistan, Expo Centre Lahore commencing from March 18 and ending at 21st March, 2009.

Organizers of the show CEMS Pakistan Pvt Ltd and Conference & Exhibition Management Services Pte Ltd (CEMS) tied up with some leading associations like BTMA, AMTEX, VDMA and TEXMAP for strategic partnership. The fair has found strong support from industry as well as ministries and other organization bodies