Knitwear industry is the most significant component in the textile industry of Bangladesh. It is the second largest sector in the country constituting a 32% of share in the export market. Availability of abundant and cheap labor, easily trainable workforce, and policy support of the Government offer competitive advantages to the industry. Along with the increase in exports, backward linkages capacity also has increased gradually. 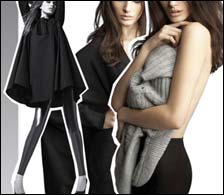 The immense growth of the knitwear industry has motivated the manufacturers to explore overseas market. Knitwear manufacturers of Bangladesh propose to explore potential market in African countries. During the financial year 2009, exports of woven and knit garment exports to South Africa amounted to $42.51million USD. (Source: Export Promotion Bureau (EPB)). China is a major supplier of garments to South Africa, followed by India and Mauritius.

South Africa is a country rich in mineral values. The country has an untapped market, offering profitable opportunities for garment exporters. EU and US were the major markets for Bangladesh. With the global downturn, and declining export orders, Bangladeshi exporters started exploring untapped and potential markets.

&sec=article&uinfo=<%=server.URLEncode(2136)%>" target="_blank">Fibre2Fashion had the opportunity to speak with Mr. Surinder Anand, Executive Secretary of Garment Exporter's Association, and discuss about the knitwear industry of Bangladesh, and the situations favoring it.

"First and foremost is the lower manufacturing cost due to cheap labour and simplified labour laws. Going further, economies of scale because of bigger and larger manufacturing units; availability of fabric at competitive rates, simplified procedures, labour laws are more flexible and conducive and last but not the least full support and blessings of their Government, while Indian conditions are discouraging to entrepreneurs."

"Even in these recessionary periods, most of the garment companies had been humming with winter clothing orders and except for may be a slight dip in orders; the Bangladeshi clothing manufacturers are comfortably placed versus their Asian counterparts and could be among the few countries that could be looking at a flat or marginal negative growth rate in 2009."

According to the statistics released by the Bangladesh Export Promotion Bureau, most of the sub-sectors like woven and knitted garment have crossed their targeted figures in the period July- December 2009. Knitted and woven garments grew by 2.16 and 2.45 percent respectively, textile fabrics by 8.16 percent and terry towels by 10.96 percent.

The Australian Wool Innovation (AWI) has come up with a new Out of Bangladesh program, to source quality Merino knitted wool garments from Bangladesh. This would be a big, and commercially profitable option for the Bangladeshi garment exporters who till now had proficiency in coarser counts of woolen yarn.

Mr Kettlewell, Global Product Development Manager, AWI, in an exclusive interview with &sec=article&uinfo=<%=server.URLEncode(2136)%>" target="_blank">Fibre2Fashion reveals the reason behind selecting Bangladesh for the project. He says, "The reason for developing the program was to identify those knitters who are able to work with finer merino yarns in finer knitting gauges than previously seen out of Bangladesh".

Knitwear industry in Bangladesh has acquired a new dimension. Competition is keen, and situation is favorable to the country.