Concern for production... Can it be translated as the way people are paid for making garments? 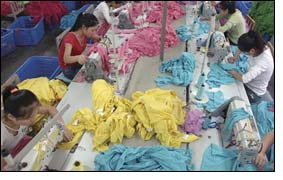 One big concern for people involved in apparel manufacturing is, "What would be the right amount of wages for the apparel workers?" Now, this concern grows to reach the next level.

Millions of workers all over the world are under paid and millions of dollars are stolen from them by unscrupulous employers. A survey report about the workers state that 26% of the workers are paid less, and 60% of them are paid just one or less than a dollar for an hour. Most of the low wage workers are vulnerable to wage theft, where they are made to work more and are paid very less, or they are not paid for their overtime work. In some industries, workers are made to work for even up to 80 hours for a week without proper overtime payments. Female workers are more prone to wage violation comparatively over male workers.

Wage Theft in the Apparel Industry:

Apparel industry is known for its payment on piece rate system, where workers are paid on the basis of the number of garments they complete. This makes it possible for the manufacturers for easy exploitation of wages. Workers are made to work for long hours of work with commensurate remuneration. Referred to as sweatshops; these atrocious working conditions exist in the developed, as well as developing countries. Sweatshops prosper on their contracts with multinational companies. The involve working with cheap manufacturing costs, and lax labor laws. Workers here are made to work for long hours under dangerous and inhuman working conditions. 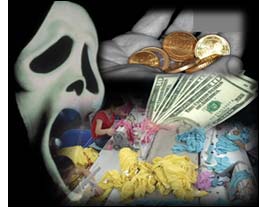 Many NGOs are involved in exposing cases of underpaid labors. Many big industries have faced accusations of underpayment of wages. As the wage debates reach the next level, calculations are done and a minimum amount is decided, below which a worker wage cannot be paid. In India the proposed floor wages are 1.6 times higher, whereas in Sri Lanka it is three times higher. In Bangladesh, the proposed wages are more than six times higher.

The main challenge is to make the manufacturers accept the new wage system. Major industry players should develop co-ordination amongst themselves and follow ethical working practices. Brands and retailers should also be persuaded to accept this practice.

Apart from the manufacturers and retailers, consumers can also play their role in encouraging this waging practice. By coming forward to pay slightly higher amount for their apparels, they can aid the livelihood of thousands of unseen workers. There is also a growing concern among consumers as well about the working conditions in which apparels are manufactured. Anti-sweatshop campaigns are initiated to boycott the use of garments manufactured in sweatshops, despite they carry high profile brand names.

Industry experts believe that this system of wage practice will encourage wage competition among the suppliers, and stop the retailers in driving down the pay. Though companies will not suddenly start paying this wage, it is optimistically expected that positive changes are likely to happen in the near future.