Global financial crisis did not seem to have any serious impact on the textile and apparel industry of China. 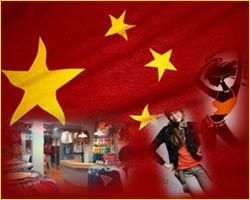 Chinas apparel exports have hit new records during the past months. Drastic growth in the countrys economic conditions and Government support has bestowed China to become a dominant player in the global textile arena. Exports of textile and apparels from China constitute an important segment of the developed and developing economies of various countries. Internal and external markets, increasing income of the people, a positive transformation in the living standards of the people have all provided good opportunities for the industry to prosper.

Export values of textile and apparel products from the Southern coastal Guangdong Province grew by 6.3% year on year to reach USD 2.36 billion. With the changing business scenario, many foreign companies are now entering the Chinese market through global sourcing. The duty drawback is offered to offset the incidence of customs duty, service tax, and central excise duty on export items. This duty given to the Chinese apparel exporters were revised five times from 11% to 17%.

Competitors of China believe that the reason for the success is due to the dubious practices followed. But the dragon nation has acquired a lot of legitimate advantages by its own hard work. Years of investment in high quality facilities focus on orders and keeping up with the delivery times have been the key factors for their success. Credit facilities offered by the banks, Government instructions to exporters, abolition of quotas by US, and EU on Chinese apparel imports have also supplemented their export figures. 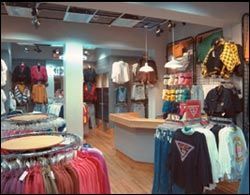 Drastic change in the retail landscape is boosting up the apparel sector in China. Increasing influence of Western culture in the Asian countries, along with a globalization of culture is fuelling the demand of Chinese apparels. Increase in the income of middle class families, dual income in majority of the families has resulted in a significant increase in the purchasing power of the consumers.

Apart from this, there are also other factors that aid the growth of apparel exports of China. The growth of ethical sourcing, new protectionist barriers introduced by rich countries and the growing competitiveness of China have been helpful. Widespread online shopping facilities eroded the competitiveness of the Central American and the European producers.

Favorable economic environment, low labor and material cost, Government support, tax incentives, SEZ culture, and tariffs account for the success of apparel exports of the country. Changing trends and increasing consumption will create a new ear in the apparel industry of the country. China will continue to be a good alternative for sourcing for the coming years for discreet apparel buyers.