Haiti is a small and beautiful island in the Western Hemisphere. The earthquake measuring 7.3 on the Richter scale had an immediate and devastating effect affecting the lives of 2.2 million people living in the Western Province of the country. Despite the outpouring help from various countries from all across the globe, the economic aftershocks of the quake cannot be dismissed. Domestic industries will experience a drastic set back, with the disaster of the quake discouraging the existing businessmen, and the future investors. Haitis apparel industry is one among the deeply affected sectors. 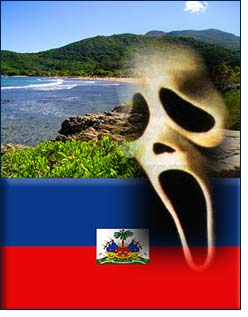 Till the tremors of the quake shook the country, Haitis economy had witnessed a positive growth since 2005. Cheap labor availability in the country, brought textile and garment assembly work to the island. Though the country gained less profits due to global competition, apparel sector of Haiti constituted to two-third of the total exports of the country during 2008. Tariff-free access to the US increased the apparel exports thereby improving the economic situation of the island.

Apparel industry, accounts for two-thirds of Haiti's annual $350,000,000 exports to the United States. It was the 17th largest supplier of apparel products by volume to the US, with an export value of $42 million during the period, Jan-Oct during 2009. This was a positive increase of 22% when compared with the corresponding period of the previous year. As per the WorldCity analysis of Census data released recently, Haiti was witnessing an increase in the apparel exports to America. US is the biggest trade partner of Haiti, and 75% of the latters exports to the US are apparels, and textiles. The level of damage caused to the basic infrastructure by the earthquake will have a deep impact in the apparel manufacturing activities for quite some time.

Despite the economists positively believe that the quake will not be a fatal blow, Haiti is a small nation with a small economy having a GDP of only $11.53 billion as per the 2008 data. The natural disaster will be a serious setback to Haiti causing a temporary shift in the growth trajectory of the country. It will cause an immediate setback on the local economy of the country.

Various organizations are offering their assistance to lend a hand in the shocking aftermath of the quake. The American Apparel and Footwear Association (AAFA) is coordinating with other relief organizations for donating clothing and other accessories. After the disastrous earthquake has toppled the countrys economy, it is optimistically believed Haiti will be able to shape its own economic future.