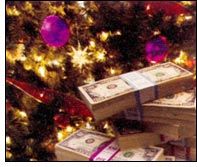 Retailers had high hopes on holiday season having lived through perhaps the most depressing period since Great Depression. All were agreed that sales will pick up, but how much, nobody knew. The Stitch Times has collected and collated the information on the prominent world markets like the US, the EU, Japan and China as how the retail sales moved. While there are signs of worldwide economic recovery, as year-end sales increased slightly in the United States and the United Kingdom and surged on the Chinese mainland, moderate declines, however, were recorded in other major markets, including Germany, Italy, France and Japan. Here are the initial findings:

The US posted a marginal sales increase over last season's worst performance in decades. Sales began slowly after Thanksgiving and remained sluggish through December despite increasingly intensive retail promotions and one additional shopping day over last year. Sales were further hampered by a severe snowstorm across large portions of the country. Despite improved consumer sentiment, shoppers continue to trade down, with luxury and big-ticket items selling poorly and practical, smaller ticket items sought after. Retailers are posting higher profit margins by reducing inventories to avoid the heavy markdowns seen last season. Promotional activity, especially early in the season, was less rigorous and discounts were less extensive. More retailers introduced layaway programmes to reserve merchandise for customers until they completed installment payments. The quickie retail operations known as "pop-up" are visible throughout Southern California and around the nation, filling in the gaps at recession battered shopping centres for a fraction of the rent. Mass merchandisers and discounters were favoured, though department stores and luxury stores fared slightly better than last year. Many online retailers posted double-digit sales gains as value-conscious consumers were drawn to convenient price comparison, extensive promotions and free delivery offers. Leading retailers launched an innovative sales drive by targeting smart phone users. Gift cards became more popular as must-have gift items ran out of stock, but Christmas sales results are effectively reduced since revenue is not counted until the cards are redeemed. Clothing, footwear and basic commodities offering comfort and function were well received, while high-fashion items such as upscale timepieces and jewellery were in the doldrums.

Festive spending in the EU remained cautious but less gloomy than last season. Christmas shoppers appeared more willing to spend, but continued to trade down and stick to budgets as they hunted for basic and practical products as well as second-hand items. A strong euro enticed many continental buyers to shop abroad. Cold weather did not substantially affect Christmas shopping, since it only delayed year-end purchases and boosted sales of winter clothes and related merchandise. Most EU retailers continued to rely on discounts and promotions to attract struggling shoppers, but offers were less prevalent than last season as retailers trimmed their inventories. Hypermarkets continued to attract more customers than department stores and luxury stores. Online retailers offering convenient price comparison, wider availability of products and better delivery options were another winner this season. More brick-and-mortar retailers turned to online as well as pop-up stores to bolster sales. Germany's Christmas sales were estimated to have declined slightly from last season, as consumer confidence there remained weak. Italy benefited from reviving global demand, but overall consumer sentiment remained flat, as shoppers mostly snapped up consumer electronics and toys. Flat-panel TVs, mobile phones, notebooks, video games and some basic toys were popular with Italian shoppers. French consumer confidence remained cautious despite higher festive spirits. UK Christmas sales were boosted by a last-minute surge to post a slight rise from last season's worst showing in 30 years. Part of the increase was driven by advance purchases to avoid a January 2010 VAT increase from 15 per cent to 17.5 percent. A weak British pound also drew continental bargain hunters, allowing moderate sales growth for most items.

China was relatively in a more buoyant and festive mood. More and more retailers put up yuletide decorations and engaged in Christmas promotional activities as the holiday, which is not traditionally celebrated across the mainland, begins to catch on in the more advanced urban cities. Hearty retail sales have been reported for most consumer products, ranging from basic and practical items to upscale and luxury merchandise. Many mainland consumers also thronged to Hong Kong for holiday shopping sprees.