Originally computer programmers were developed to grade garment patterns into a range of size for lay planning & marker making. Today there is major system that has the further facility for designing patterns & altering patterns to the size & fit for an individual customer.

The computer is a very useful tool ,it when used correctly can increase accuracy and productivity & manage information. This removes the time consuming tasks of cutting card pattern & planning & drawing markers by hand & duplication of hand written instructions. This computer technology has enabled the clothing design, pattern construction & product development to be integrated into a continuous process.

The invention of a computerized digitizer by Dr. H.J.Gerber in 1964 brought revolution in the apparel production technology. A typical system has two main functions- Pattern grading and marker planning with a number of other options available such as- Pattern design system- A programme which enables patterns to be constructed directly from block patterns or by modifications to existing styled patterns. 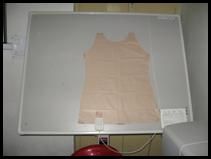 Digitizer tablets or graphics tablets are pressure-sensitive data input devices that allow users to select and draw images with a special pen called a stylus or a mouse-like device called a puck.

Pucks feature a series of buttons and a lens with crosshairs that allows users to select images with greater accuracy. Both pens and pucks can be wireless devices or attached to digitizer tablets via cords or wires. Typically, pucks are used to trace highly detailed engineering drawings or medical X-rays while pens are used for a variety of sketching and tracing applications. With digitizer tablets, producing an image creates a series of X,Y coordinates as either a continuous stream or a series of end points. Pens that record vector graphics in three-dimensional space are also available. The drawings that users produce with digitizer tables are stored as mathematical line segments. Outputs can be sent to computer aided design (CAD) applications, graphics programs, or related software applications. 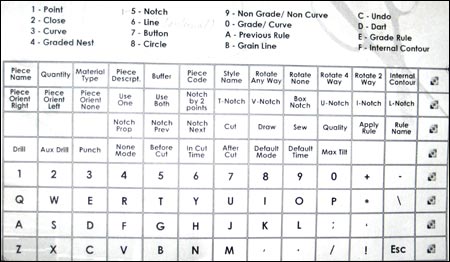 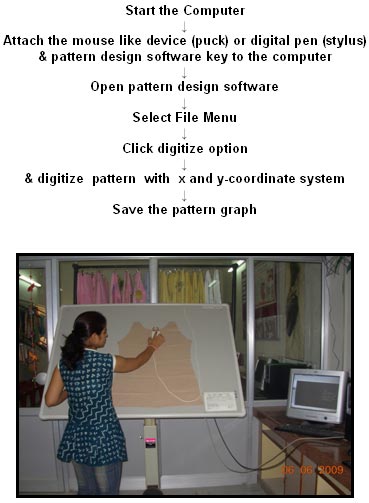 After digitizing the basic pattern graph on the computer, the pattern is altered as per need and demand of the consumer. Many designs can be created by adapting basic pattern in pattern making software.